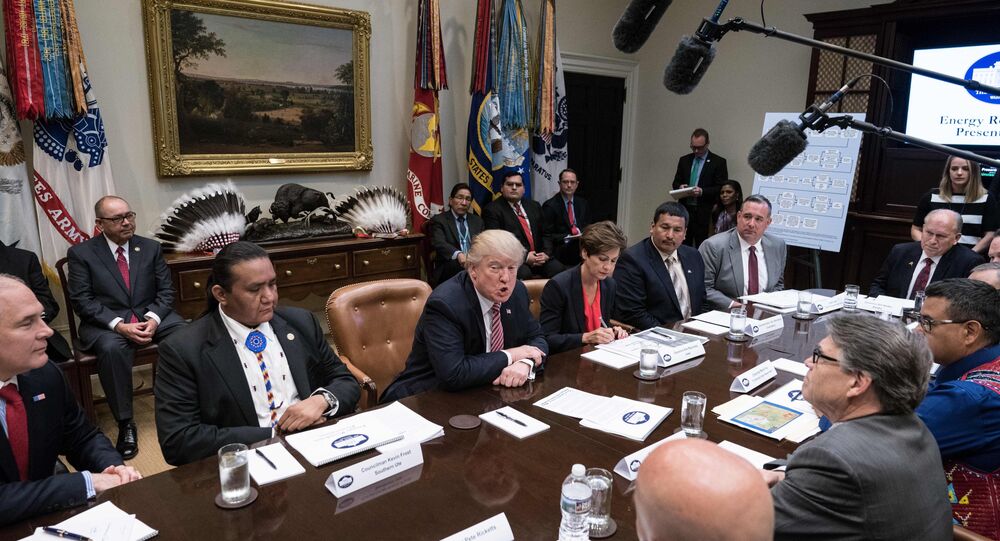 US President Donald Trump said that the US government has put up restrictions and regulations that put the energy wealth out of reach for too long.

"These infringements on tribal sovereignty are deeply unfair to Native Americans and Native American communities, who are being denied access to the energy and wealth that they have on their own lands," Trump told a gathering of tribal, state and local energy leaders.

© AP Photo / Branden Camp
Native American Tribes Committed to Paris Climate Deal Despite US Pull Out
Trump noted the US government has put up restrictions and regulations that put the energy wealth out of reach for too long.

"It's been really restricted, the development itself has been restricted and vast amounts of deposits of coal and other resources have been taken out of your hands and were going to have that changed," Trump said.