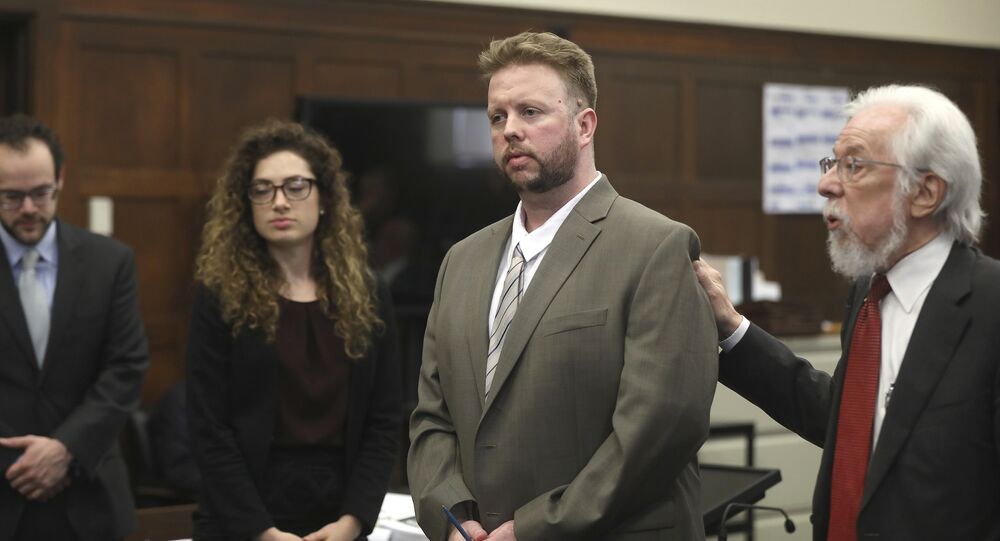 A drug addict is facing life in prison for the murder of a two-year-old girl originally dubbed "Baby Doe" after her body was fished out of the harbor in Boston, Massachusetts. Michael McCarthy was convicted on Monday (June 26) of the second degree murder of the child, who was his girlfriend's daughter.

​A computer-generated image of the girl was shared by millions on social media after she was dubbed "Baby Doe" by authorities trying to determine her identity.

She was eventually identified as Bella Bond.

Her body was put into a plastic bag and thrown into Boston Harbor in May or June 2015. On June 25 that year her remains washed up on Deer Island.

After 85 days she was finally identified and her mother, Rachelle Bond, was arrested along with McCarthy. Both were heroin addicts.

The verdict is in for the 'Baby Doe' murder trial https://t.co/MnBf3DKkNp pic.twitter.com/wozHxHj2e6

​Bond, 41, told a friend he had killed her and she pleaded guilty to being an accessory after the fact, having helped him dispose of the body, and testified against him at his trial.

The trial was shown on television in the United States and many people on social media who followed it online were divided about Bond's guilt.

Two yrs ago #BabyDoe was found without a name. Investigators ID'd her as 2yo #BellaBond. Today they got justice for her #myheartisfull pic.twitter.com/bA5S22VKyB

​Bond struck a plea deal with the prosecution and is expected to be released later this week, after less than two years in jail. She is rumored to be sentenced to time served followed by probation.

Bond was due to be sentenced on Tuesday (June 27), but the hearing was adjourned until July 12, so that a bed can be found for her in a drug rehabilitation facility.

​McCarthy's attorney Jonathan Shapiro claimed the prosecutors had "made a deal with the devil."

He claimed Bond was a "monster" who had killed Bella and made up a "web of lies" to put the blame on McCarthy.

Bond was a homeless drug addict with convictions for drug dealing, larceny and prostitution.

#BellaBond — Bella's mother #RachelleBond will be sentenced to TIME SERVED followed by probation on Thursday. pic.twitter.com/7CEqpGvdod

​McCarthy, 37, is due to be sentenced on Wednesday (June 28). Mr. Shapiro reacted on Monday by saying an innocent man had been convicted.

But the trial heard from witnesses who said McCarty was obsessed with the occult and would lock the little girl in a closet to discipline her.

Bond claimed she saw McCarthy punching Bella on the night she died.

"He said it was her time to die, she was a demon," Bond said.

​Mr. Shapiro cross-examined her about inconsistencies in her evidence, but she said she had not reported McCarthy because he had threatened to kill her.

After the verdict dozens of people turned up for a vigil at Deer Island to remember the little girl whose life was so tragically taken.

One of those at the vigil, Joe Fish, said:

"It was terrible, I couldn't believe it. My daughter was two, the same age as Bella was and it was just a tragedy."

His wife Alexis said: "She just looked so much like my daughter. As a parent, it just hits you a different way."