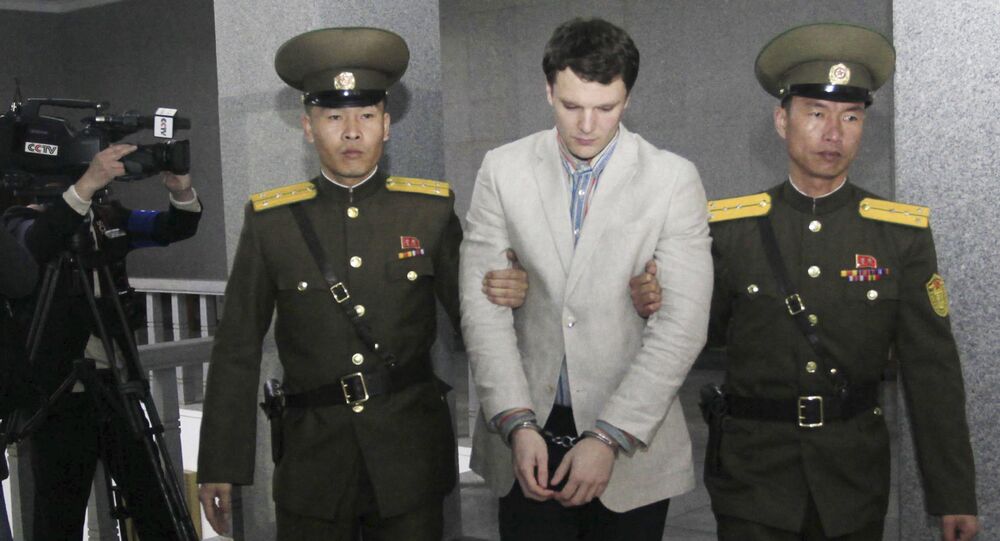 Delaware University has fired an anthropology professor for saying that a recently deceased American student Otto Warmbier “got exactly what he deserved” after being held for 17 months in North Korea for trying to steal a poster.

The university released a statement on its website saying, "The University of Delaware has announced that Katherine Dettwyler, who last taught in the spring as an adjunct faculty member, will not be rehired to teach at the University in the future," adding that "We condemn any and all messages that endorse hatred and convey insensitivity towards a tragic event such as the one that Otto Warmbier and his family suffered."

In a now-deleted Facebook post Dettwyler wrote, "He went to North Korea, for f---'s sake, and then acted like a spoiled, naive, arrogant, US college student who had never had to face the consequences of his actions…I see him crying at his sentencing hearing and think ‘What did you expect?''

She added that Warmbier likely had the "typical mindset of a lot of young, rich, clueless males who come into my classes."

The ex-professor also reportedly indicated that the sympathy aimed at Warmbier would be better suited for people living in North Korea under leader Kim Jong-un who are "not US citizens."

Warmbier, a University of Virginia student was arrested, convicted and sentenced to 15 years hard labor for attempting to steal a propaganda poster. He spent much of his time in North Korea in a coma, with his family blaming his death on the "awful, torturous mistreatment … at the hands of the North Koreans," though Pyongyang has denied this.

A North Korean Foreign Ministry spokesman was quoted in a statement to the state-run Korean Central News Agency saying, "As for the groundless public opinion now circulating in the U.S. that he died of torture and beating during his reform through labor, the American doctors who came to the DPRK for repatriation of Warmbier will have something to say about it…The fact that Warmbier died suddenly in less than a week just after his return to the U.S. in his normal state of health indicators is a mystery to us as well," according to the Japan Times.

Warmbier suffered a "severe neurological injury," before dying last week, though the cause of his death has not been determined.