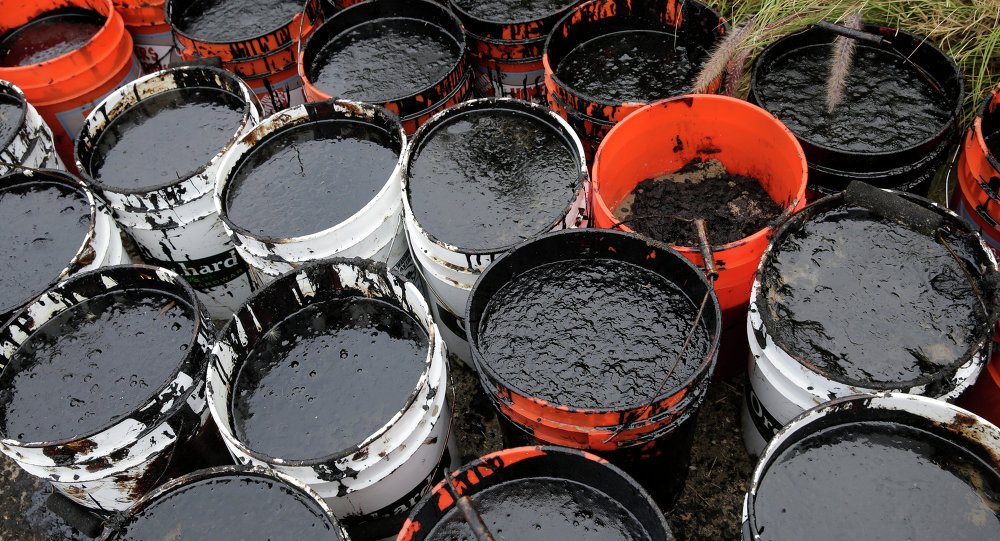 Disciplinary measures ranging from demotion in rank to court martial are possible for nine US sailors involved in the May spill of 94,000 gallons of JP-5 jet fuel in Virginia, Rear Adm. Jack Scorby said on Friday.

The huge fuel spill at Virginia Beach has already imposed $3.8 million in unwanted costs on the US Navy. According to an unclassified Navy Fuel Specification Standardization report, the service presently uses Naval Distillate Fuel (NDF) F-76 as well as JP-5 for aircraft.

The sailors botched a transfer of the fossil fuel from an oil tanker to the Naval Air Station Oceana Base in Virginia Beach, the admiral told reporters.

JP-5 contamination can do major damage to wildlife and ecosystems. The Agency for Toxic Substances & Disease Registry notes that inhalation, ingestion and skin contact with JP-5 causes “damage to the liver, decreased immune response, impaired performance on neurological function tests, and impaired hearing.“

The Houston Chronicle reported that 1,500 animals were killed in the incident.