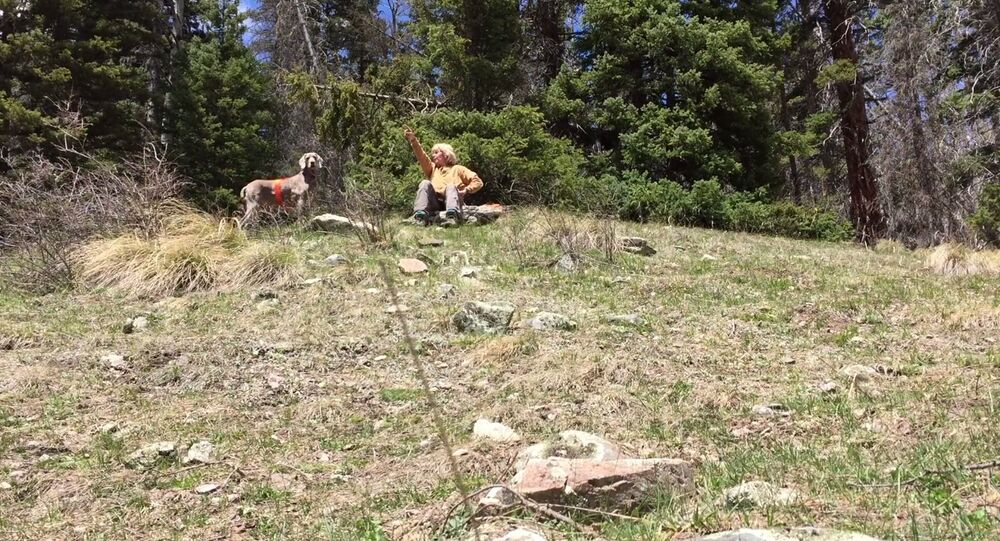 Two men have died while searching in vain for a US$2 million treasure chest which has been left somewhere in the United States. Treasure hunters, who have been following clues in a cryptic poem, have rejected calls by a police chief for the hunt to be called off.

Amateur archeologist Forrest Fenn has dug up lots of stuff, but he buried the best of it. What's in the #Fenntreasure? Ep9 to find out 💰 pic.twitter.com/29M4u25OV6

In 2010 antiques dealer Forrest Fenn, who is now 86, filled a 22-pound chest with around US$2 million worth of gold and jewellery and left it somewhere in the Rocky Mountains.

Since then around 100,000 people have ventured out into the wilderness of New Mexico, Colorado, Montana and Wyoming looking for the treasure.

"He's putting lives at risk. It can be avoided. People are coming from other states and other parts of the world to find this elusive treasure that may or may not exist with very few clues and they are underestimating New Mexico," he said.

Paris Wallace, a 52-year-old pastor from Colorado, vanished while searching for the treasure trove and his body was found along the Rio Grande in June.

His death came 18 months after Randy Bilyeu, 54, also from Colorado, went missing while searching in the Rocky Mountains of northern New Mexico. His remains were only found in July 2016.

W/ the death of CO treasure hunter Pastor Wallace, Forrest Fenn tells me he hasn't decided if he will stop hunt for #ForrestFennTreasure. pic.twitter.com/gumFJMJkCG

Mr Fenn said this week: "The passing of Pastor Wallace was a terrible tragedy and my heart and prayers go out to his wife and family.

"I have not decided if I will stop the search for the treasure. I am pressured from both sides and will probably make a decision soon."

One person who definitely does not want him to call off the treasure hunt is Cynthia Meachum, who took early retirement from her job in a factory in Albuquerque, New Mexico, two years ago so she could concentrate on the search.

​The treasure hunter said she frequently drove three hours from her home to the Red River area of New Mexico and spent four hours searching for the treasure, before driving home.

"The police chief is completely wrong to tell Mr. Fenn to call the treasure hunt off. The treasure hunt is no more dangerous than hiking or any other sports and there is no reason to call it off," Ms. Meachum told Sputnik.

Ms. Meachum said the two deaths were "tragic," but she said Mr. Fenn had made it quite clear the treasure had not been left in a place which was dangerous to get to or would involve any unacceptable risk.

"I have been out treasure hunting about 15 days this year and whenever I go I tell two people, including my spouse, where I am going and I email a map of where I am going," she told Sputnik.

She also brings her Weimaraner dog, Molly, with her.

Ms. Meachum insisted her primary reason for taking part in the treasure hunt was not the money.

"You won't believe me but it's true. For me the excitement is in solving the clues. I've always been into puzzles and riddles and if I could solve the clues and find the treasure it would be so good," she told Sputnik.

Mr. Fenn has said the treasure is located above 5,000 feet but below 10,000 feet, is close to some pine trees and not in a man-made structure.

But the main clues are in a cryptic poem called The Thrill Of the Chase,which is printed here in full:

As I have gone alone in there

And with my treasures bold,

I can keep my secret where,

And hint of riches new and old.

Begin it where warm waters halt

And take it in the canyon down,

Not far, but too far to walk.

Put in below the home of Brown.

From there it's no place for the meek,

The end is ever drawing nigh;

There'll be no paddle up your creek,

If you've been wise and found the blaze,

Look quickly down, your quest to cease,

But tarry scant with marvel gaze,

Just take the chest and go in peace.

So why is it that I must go

And leave my trove for all to seek?

The answers I already know,

So hear me all and listen good,

Your effort will be worth the cold.

If you are brave and in the wood

I give you title to the gold.

The poem was printed in Mr. Fenn's memoir in 2011 and ever since then people have been trying to work out the clues and find it.

Ms Meachum said: "If someone else found it I would be so disappointed."

© Photo : Cynthia Meachum
Searching the US for Forrest Fenn's treasure chest and finding the 'home of Brown.'

"But I wouldn't be disappointed because of the US$2 million but because the treasure hunt would be over and I hadn't won."

Another Coloradan has vanished searching for a $2M treasure and a sad discovery has raised fearshttps://t.co/ny0XqPytLk

Although Mr. Fenn has said the treasure could be anywhere between the Canadian and Mexican borders, Ms. Meachum has only searched in New Mexico and said: "I can't drive that far, so I have to search for it relatively close to where I live."

In November 2001 a Japanese woman, Takako Konishi, 28, froze to death while searching for a suitcase full of cash a few miles from Detroit Lakes, Minnesota.

She had reportedly convinced herself that the suitcase, which was shown in the Hollywood movie Fargo, was real and died which searching for it.