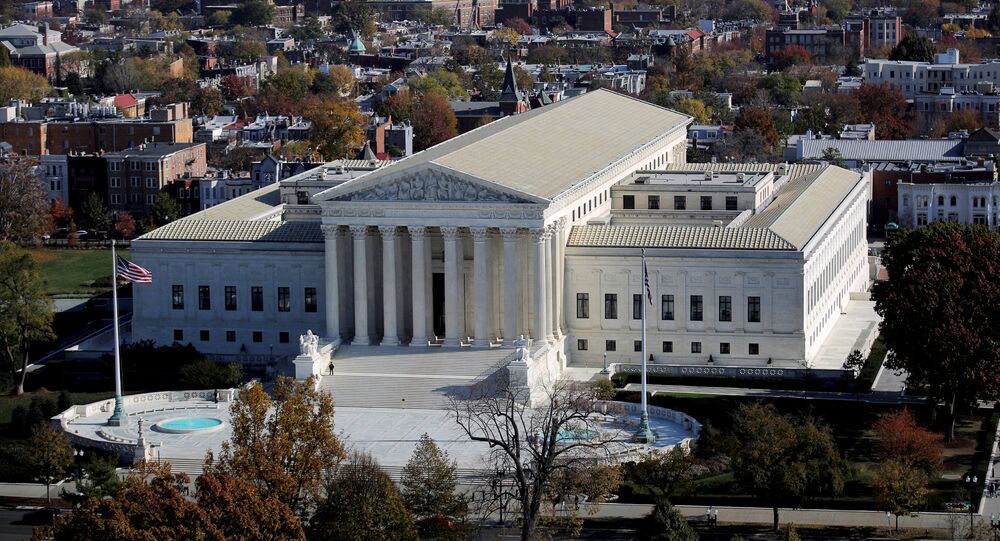 The US Supreme Court decision to hear a case involving partisan gerrymandering demonstrates the extent to which the practice has divided US politics yet united public opinion against it, Dr. J. Wesley Leckrone told Radio Sputnik.

On Monday, the US Supreme Court agreed to hear an appeal case involving partisan gerrymandering in Wisconsin. The state has appealed a lower court ruling, which found that state Republican lawmakers had violated the constitution when they drew up legislative districts to disadvantage the Democrats.

J. Wesley Leckrone, Associate Professor at Widener University, told Radio Sputnik that the Supreme Court decision to hear the case shows the extent to which gerrymandering has affected American politics.

"Back in the 1960's the Supreme Court made the decision that every district has to be pretty much the same size, one person one vote. But what they've never really ruled on is how partisan those districts can be."

"Oftentimes, if state legislatures are dominated by one political party will draw a map of the different legislative districts in such a way as to make sure that they maximize the amount of seats that they get in the state legislature or in the House of Representatives."

One of the drawbacks of the system is that it leads to non-competitive elections in which the result is determined before any votes are cast.

Each political party tries to gain the upper hand by concentrating the opposition into a small number of electoral districts and then spreading its own vote across more districts in which it can achieve a comfortable win.

"The other thing is that by creating these non-competitive elections, the redistributing and gerrymandering process creates more extreme candidates for government seats. So, if the Democrats have no shot of beating a Republican in a district, the only way somebody who is already in office can lose is if another Republican would challenge them. People in primary votes tend to be more extreme, so that means that we tend to have more extreme right wing or left wing candidates winning."

© AP Photo / TheGiantVermin
Wisconsin Jury Awards $6.7 Million to Woman Raped by Prison Guard, Shackled During Childbirth
While federal courts have ruled in the past on racial gerrymandering, the Wisconsin case is potentially a landmark which could limit how far state legislatures can go in redrawing district lines for partisan gain.

In November, a panel of three judges ruled 2-1 that the Wisconsin Legislature's 2011 redrawing of State Assembly districts to favor Republicans was unconstitutional.

"They were really fairly effective at being able to create a map that advantaged them, and they did it pretty much out of sight of the public as well, so that's caused some consternation," Leckrone said.

The Wisconsin case is one of several gerrymandering accusations to reach the court in recent months. In May, the Supreme Court ruled that Republicans in North Carolina had carried out unconstitutional racial gerrymandering when they redrew two congressional districts in 2011.

"There's enough of an emphasis now on this rather arcane process that the Supreme Court has finally got to dip their toe into this and make some sort of decision. They have traditionally wanted to stay out of this because they felt it was too political and they did not want to get involved in political decision-making. The decision in the Wisconsin case may finally allow them to make some sort of a test on how to decide on this."

"This has become such a big problem in the US, we have been so bitterly partisan divided over the last decade or so and the redistribution process has been one of the things that people point to when we talk about why we are so bitterly divided. When there's no opposition in elections that means that more extreme candidates win and I think the Supreme Court has agreed to hear this case because public opinion is really on the side of trying to do something about it."

"In general, it's usually been discussed in terms of equal protection of the laws. Now it's being argued as a first amendment case, that this is a violation of people's free speech and that's a relatively new argument that might hold some sway with the Supreme Court. But they've never wanted to weigh in on this issue and that's why it's such a landmark decision if they do decide to do so."

Business Plan or Foreign Strategy? How US Capitalizes on Korean, Qatari Crises