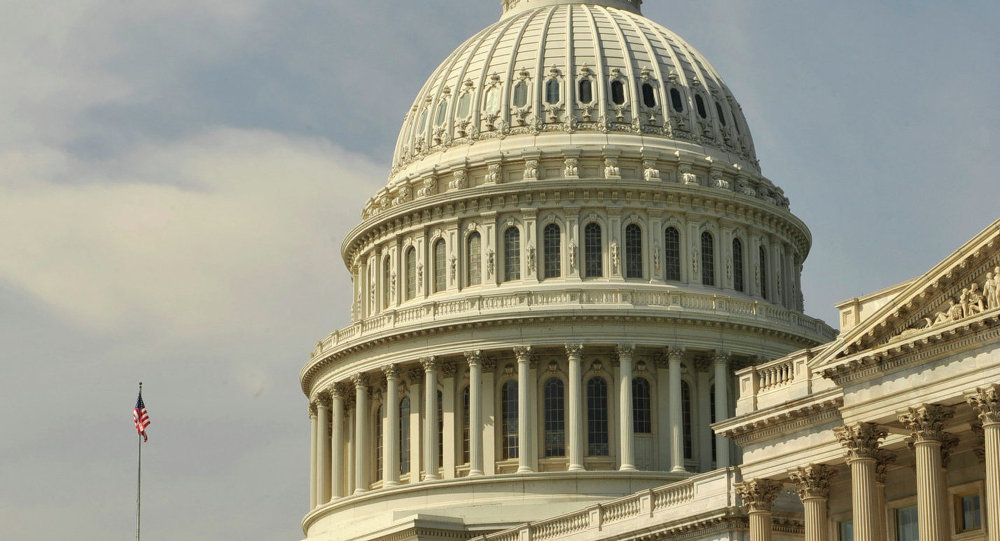 A US Senator from the state of Virginia has warned that the US unilateral decision to impose sanctions on Russia can "create chaos" with trade contracts around the world, creating an unhealthy situation for international trade.

"I think there’s also an additional concern on the part of Europe that the United States should not have the ability to unilaterally impose sanctions that then interfere with contractual relations of nations all over the world, I agree with that," Black said.

© Sputnik / Vladimir Sergeev
New US Anti-Russia Sanctions 'Won't Contribute to Stability and Peace in Europe'
The US Senate last week voted in favor of new sanctions against Russia over Moscow’s alleged interference in the US presidential election in 2016.

On Thursday, German Foreign Minister Sigmar Gabriel and Austrian Chancellor Christian Kern accused the United States of attempting to squeeze out supplies of Russian natural gas from the European market and promote US liquefied gas while undermining European companies. The officials noted energy supplies to Europe is the business of the European Union and the United States should not interfere in it.

Black claimed a situation in which one nation can "declare sanctions and create chaos with contracts around the world" cannot be healthy for international trade.

"I think that the Senate bill was very unfortunate," Black stated. "It basically is a way of lashing out at Russia. It says that [Russian President Vladimir] Putin interfered with the election. I see no evidence whatsoever of that and I don’t think anyone has presented any evidence, but they just keep repeating it," he said.

© Sputnik / Taras Litvinenko
EU Punishes Crimeans for Democratic Choice by Extending Sanctions - Russian MP
Black explained the media in the United States is very controlled, perhaps much more than in Russia, and as a result the people who are very aggressive toward Moscow have pushed the bill through the Senate.

The senator noted he believes that there is a good chance for the bill to pass the US House of Representatives, adding that while US president has the authority to veto the bill, he has to consider numerous factors, one of which is whether a third of the legislators voted against the bill.

"In order to sustain a veto, one third of the members of either the Senate or the House have to vote to sustain his veto," he said. "If 70 percent of the House votes in favor of the bill then there’s nothing the President can do and he just has to let it go through."

Black reiterated he is very much against the sanctions imposed on Russia.

"I think the United States should be working together with Russia just as President Trump planned to do when he was first elected," Black concluded.

© Sputnik / Igor Zarembo
US Sanctions Target EU's Energy Ties With Russia 'That Survived Cold War'
The current sanctions package, filed as an amendment to an Iran sanctions bill, intends to target key sectors of Russia's economy, including mining, metals, shipping and railways, as well as new investments in energy pipelines.

The US administration announced the first set of punitive measures against Russia for its alleged interference in the 2016 US election.

Russian officials have repeatedly denied charges of interfering in the US election, saying the allegations are absurd and represent an attempt to divert public attention from revealed instances of election fraud and corruption as well as other pressing domestic issues.