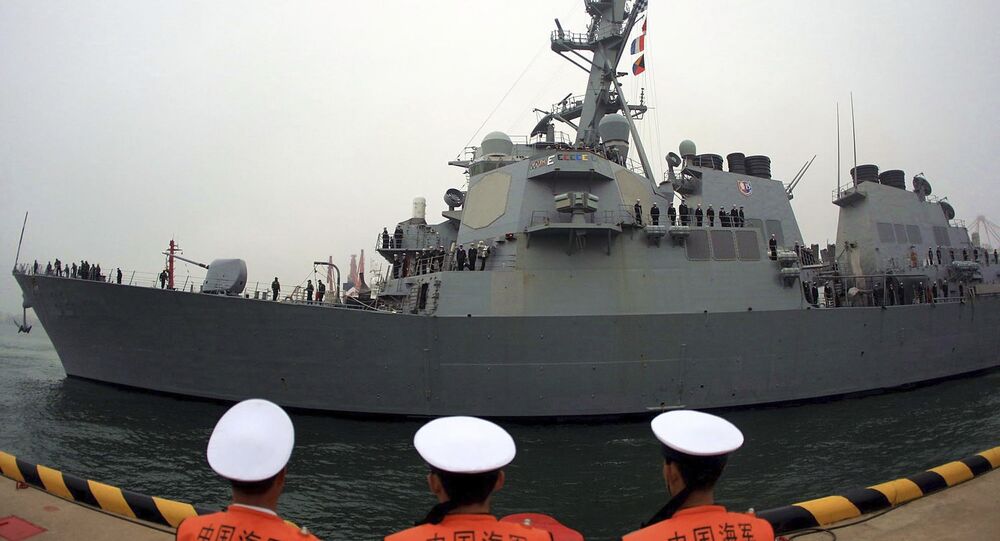 The US 7th Fleet Commander said that the commander of the USS Fitzgerald and another sailor required medical assistance after the warship collided with a Philippine vessel.

NHK
USS Fitzgerald Destroyer Crashes Into Merchant Ship Off the Japanese Coast (VIDEO)
MOSCOW (Sputnik) — The commander of the USS Fitzgerald and another sailor required medical assistance after the warship collided with a Philippine vessel southwest of Japan’s coast, the US 7th Fleet Commander said.

"As of this time, there have been two patients requiring medical evacuation. One was Cmdr. Bryce Benson, Fitzgerald's commanding officer, who was transferred to U.S. Naval Hospital Yokosuka and is reportedly in stable condition. A second MEDEVAC is in progress. Other injured are being assessed," the statement read.

Seven sailors are still unaccounted for. The ship and the Japanese Coast Guard continue to search for them, the 7th Fleet Commander’s public affairs office said in the statement.

The US Aegis destroyer collided with a Philippine merchant vessel at roughly 2:30 a.m. local time on Saturday, while operating about 56 nautical miles southwest of the city of Yokosuka in Japan's Kanagawa Prefecture.

The US Navy said the collision damaged the ship's starboard side above and below the waterline and caused some flooding. The USS Fitzgerald is under her own power, although her propulsion is limited.