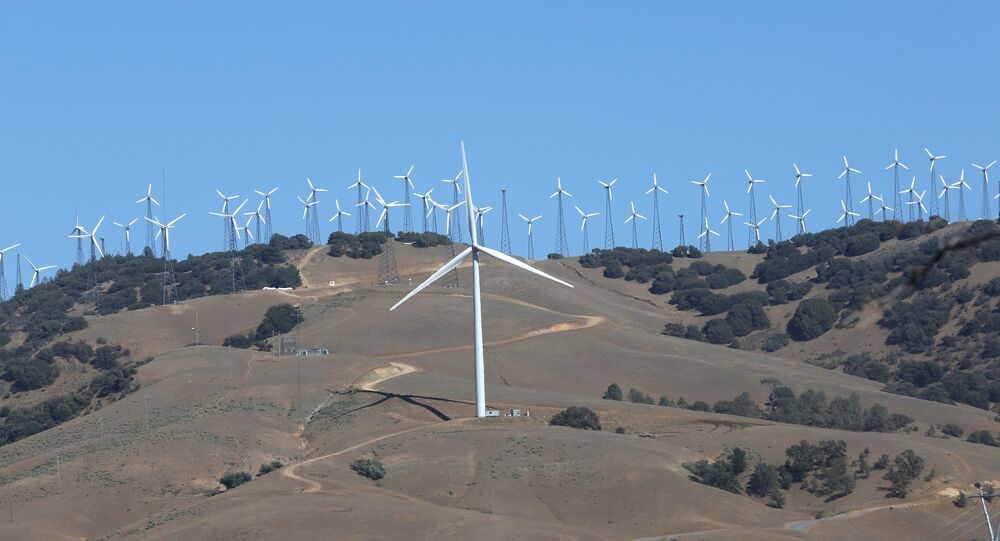 According to a report, 10 percent of the US electricity supply produced from windmills and solar panels.

© AP Photo / Matt Rourke
Site of Worst US Nuclear Power Disaster to Close in 2019 - Exelon Corporation
WASHINGTON (Sputnik) – Electricity produced from windmills and solar panels accounted for 10 percent of the US electricity supply in the United States for the first time in March, according to a report by the Energy Information Administration (EIA) on Wednesday.

The report noted that on an annual basis, wind and solar now produce about 7 percent of US electricity.

In almost all states, wind makes up a larger share of the state’s total electricity generation than solar, the release explained.

Among the top dozen states, only California and Arizona had more solar generation than wind in 2016, according to the release.