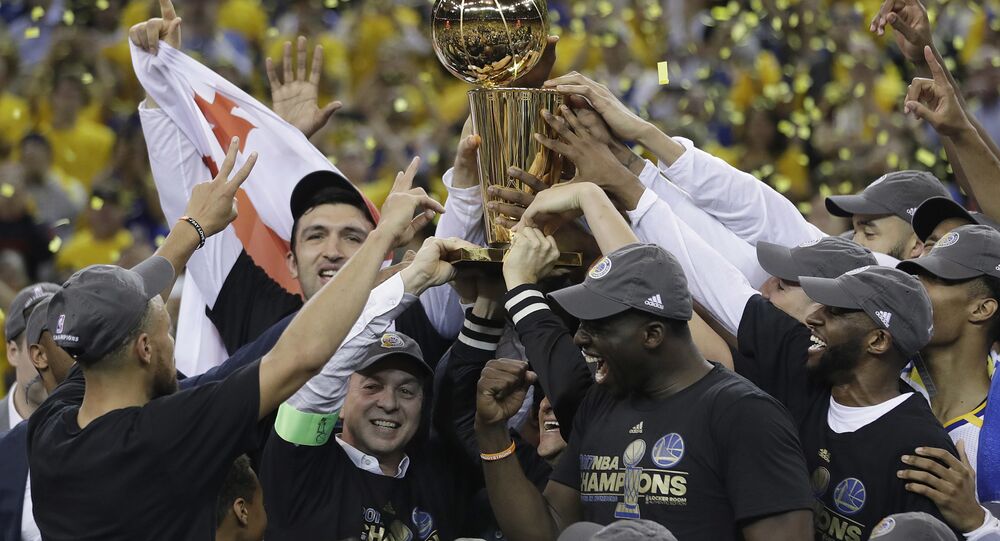 Multiple reports Tuesday indicated that recently crowned NBA champions the Golden State Warriors have unanimously rejected the idea of making the customary visit to the White House because of the man in the Oval Office.

In case Steph Curry, Kevin Durant & Co. still want to make a trip to the nation’s capital, however, Democratic Minority Leader Nancy Pelosi sent out an invitation of her own.

CNBC, among others, reported after the Warriors defeated Lebron James’ Cleveland Cavaliers in expeditious fashion — taking down the defending NBA champs in just five games — the celebrations would not continue at 1600 Pennsylvania Avenue.

​Veteran power forward David West told The Undefeated’s Mark Spears he would “probably” decline any invitation to the residence occupied by a man who said Mexican immigrants brought “drugs” and “crime” to the US and continues to try to push through a travel ban targeting Muslims — an executive order that every court that has had a chance to view, including a federal court in the Warriors’ home town of San Francisco, has assessed as unconstitutional.

Following his Superbowl victory in February, New England Patriots quarterback Tom Brady was conspicuously absent from his team’s visit to the White House. Tight end Martellus Bennet and wide out Danny Amendola were no-shows as well.

After the flurry of reports, the Warriors released a statement indicating that they “have not received an invitation to the White House, but will make those decisions when and if necessary.”

When CEO of Under Armour Kevin Plank called the US president a “real asset” in February, the brand’s most prominent superstar under sponsorship, Steph Curry, held nothing back. “I agree with that description,” Curry began, “if you remove the –et” from asset.

The MVP point guard and record-setting three-point sniper put the athletic wear giant on notice, continuing, “If there is a situation where I can look at myself in the mirror and say they don't have my best intentions, they don't have the right attitude about taking care of people; if I can say the leadership is not in line with my core values, then there is no amount of money, there is no platform I wouldn’t jump off if it wasn't in line with who I am. “

Golden State head coach Steve Kerr, who served as Michael Jordan’s trusted three-point assassin when the Bulls won back-to-back-to-back NBA titles in 1996, ’97, and ’98, has called Trump a “blowhard” utterly devoid of the compassion and empathy needed to be America’s leader. Kerr went on a two-minute rant following he-who-shall-not-be-named’s election victory.

​"The whole process has left us feeling … disgusted," Kerr remarked.

Others around the NBA, like Spurs coach Gregg Popovich, have shared similar sentiments about the man in the Oval Office.