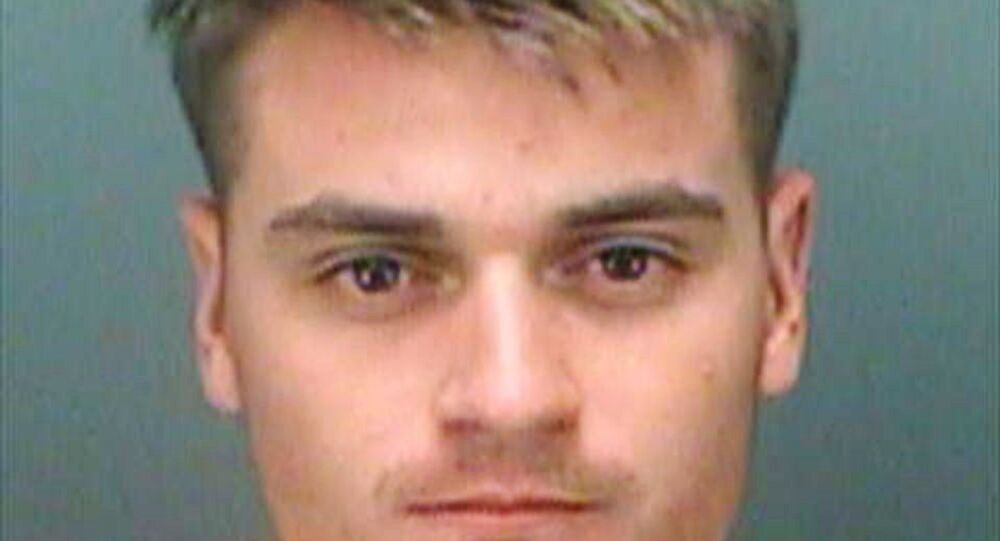 According to a document filed late Monday, Florida neo-Nazi Brandon Russell kept bomb-making materials in his apartment with intentions to "kill civilians and target locations like power lines, nuclear reactors, and synagogues."

Law enforcement officers took 22-year-old Russell into custody after discovering the materials while investigating one of Russell’s roommates, Devon Arthurs, who is accused of killing Jeremy Himmelman and Andrew Oneschuk, also roommates, for being neo-Nazis and disrespecting his practice of Islam, to which he recently converted.

Court officers asked for Russell to be denied bail based on his violent plans.

On May 19, Arthurs told law enforcement Russell wasn’t involved with the killings, but he revealed that Russell led a small neo-Nazi group called Atomwaffen, German for "atomic weapon."

Russell admitted to investigators that the bomb-making materials they found belonged to him. Among Russell’s effects were also found white supremacist propaganda materials and a framed photograph of Timothy McVeigh, the domestic terrorist responsible for the 1995 Oklahoma City federal building bombing.

In his garage, Tampa police also discovered a cooler containing a "white cake-like substance" that was identified as the explosive substance HMTD.

Russell was charged with possession of an unregistered destructive device and unlawful storage of explosive material the next day, according to the Tampa Bay Tribune.

He attempted to flee but was found in Key Largo at a Burger King restaurant. Investigators found two long guns and 500 rounds of ammunition in his car.

Despite his dangerous explosives, weapons and terrorist propaganda, US Magistrate Judge Thomas McCoun III granted Russell bond, writing in his ruling, "I am unable to conclude there is clear and convincing evidence that Defendant represents a threat to any other person and the community should he be released," according to NBC News.

According to the document filed on Monday, Atomwaffen has about 30 members. Russell screened prospective members personally, to weed out “complete idiots” who might try to join. Prosecutors say he won’t speak about the group, and claims the explosives were to be used for "amateur rockets."

However, FBI special agent Timothy Swanson said in the complaint filed Monday that "Based on my training and experience, HMTD is too energetic and volatile for these types of uses."

In a motion asking the judge to stay his order of release for Russell, Acting US Attorney for the Middle District of Florida W. Stephen Muldrow said, "Russell’s release poses both a danger to others and to the community, and no combination of conditions will reasonably assure that he will appear before this Court as directed and the safety of any other person and the community," NBC reported.