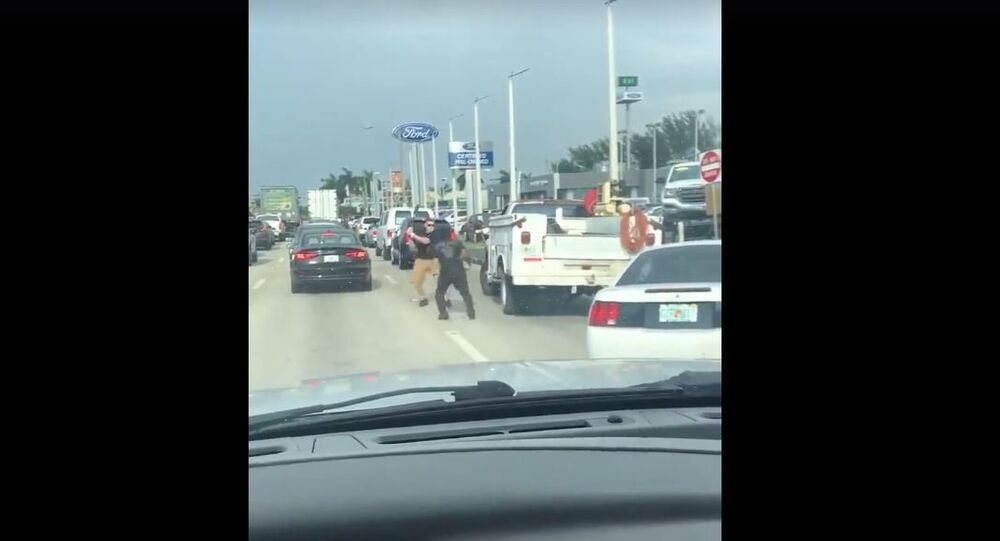 A 24-year-old by the name of Hector Herrera attempted to make pulp out of another driver who switched into his lane. Naturally, Herrera reached for his baseball bat, "out of instinct."

The man was surprised to recall that he “simply lost control” once the weapon was in his hands.

“The first thing that came to my head was to grab the bat and go and fight,” Herrera explained following his release from prison on bond. The man has been charged with aggravated battery with a deadly weapon, according to a local ABC affiliate in Hialeah, Florida.

The 50-year-old victim, Jairo Linarte, told local TV crews he felt “lucky” to get out of the incident alive.

Before jumping out of his work truck, Herrera had already taken the bat to the passenger window of Linarte’s car.

No Hard Feelings: A Road Rage Brawl With a Twist