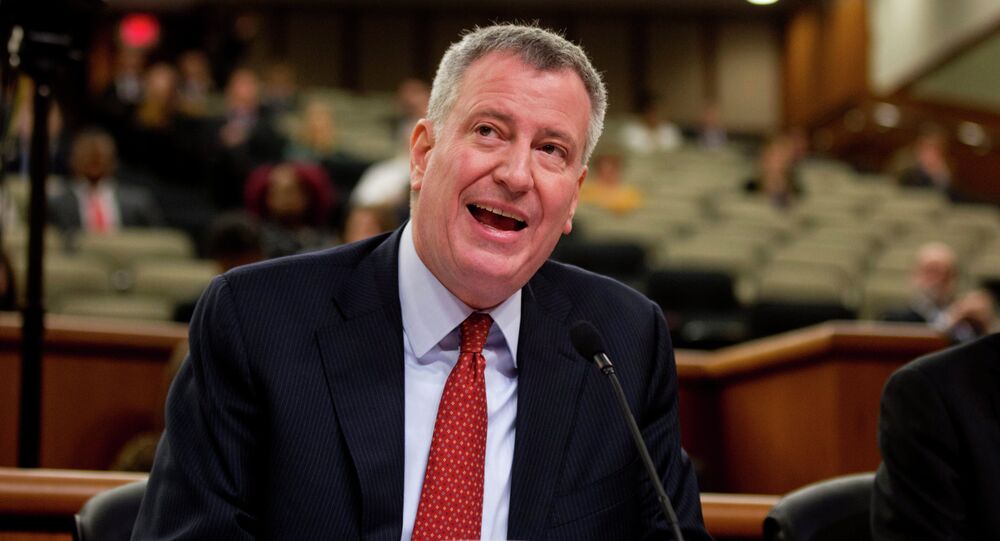 New York City Mayor Bill de Blasio said that he will sign the legislation to further cut down the greenhouse gas emissions in the city.

© Photo : Pixabay
Exiting Paris Climate Accord Does Not Mean Disengagement - US Official
NEW YORK (Sputnik) — New York City Mayor Bill de Blasio said in a press release Friday that he will sign the legislation to further cut down the greenhouse gas emissions in the city in the wake of US President Donald Trump's decision to withdraw the United States from the Paris Climate Agreement.

"New York City will now per the Executive Order, [which I will] issue later today, we will now start the process of increasing our goals to lower emissions even further and faster, because bluntly, in the places and countries that do understand we have to act, we’re going to have to shoulder more the burden now," de Blasio stated.

Representatives of US states, cities and companies, including 30 mayors, three governors and more than 100 businesses, are reportedly preparing to submit a plan to the United Nations pledging to meet US greenhouse gas emission targets despite Trump's withdrawal from the agreement.

On Thursday, Trump announced that the US would end its membership in the Paris climate deal signed in 2015, adding that Washington is ready to renegotiate the accord in order for it to be more beneficial to the United States.

The move has been widely criticized by Democrats and environmentalists and the international community, who have argued that US participation in the accord was crucial for promoting global security and reducing greenhouse gas emissions.