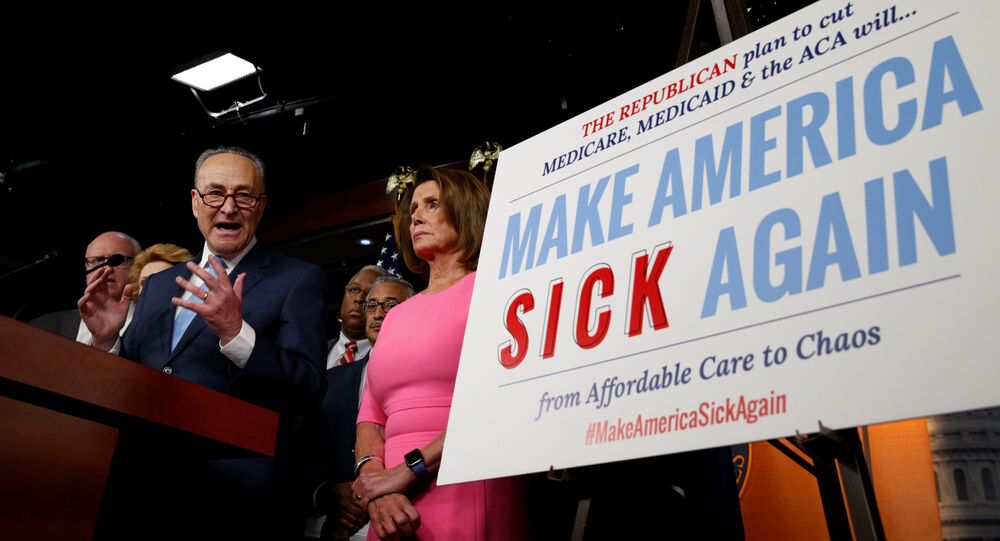 US President Donald Trump’s decision to pull the United States out of the 2015 Paris climate accord is an embarrassment for the country and for him personally, House Minority Leader Nancy Pelosi said in a press conference on Friday.

© Sputnik / Vladimir Astapkovich
Putin Jokingly Blames Trump for June Snow in Moscow Amid US Exit From Paris Climate Deal
WASHINGTON (Sputnik) — On Thursday, Trump announced that the US would end its membership in the Paris climate deal signed in 2015, adding that Washington is ready to renegotiate the accord in order for it to be more beneficial to the United States.

Pelosi also noted that the climate change issue is a health, national and economic security, and an environmental justice issue.

The move has been widely criticized by Democrats and environmentalists, who argued that the US participation in the accord was crucial for promoting global security and reducing greenhouse gas emissions.