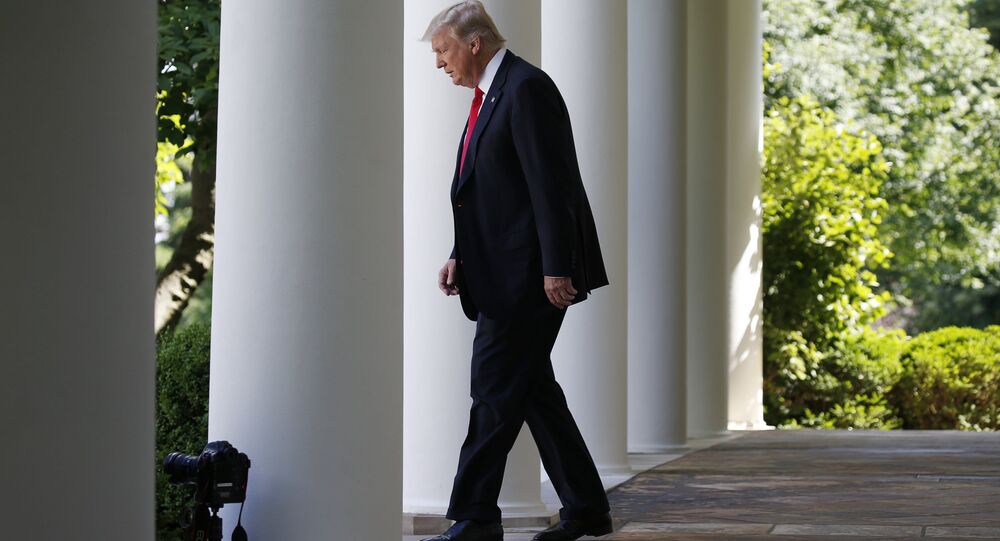 President Donald Trump said on Thursday that the United States was withdrawing from the Paris Agreement on climate change.

© Sputnik / Vladimir Astapkovich
Putin Comments on Trump's Move on US Exit From Paris Climate Accord
Trump justified his decision by describing the Paris accord as “unfair,” detrimental to US economic interests and enriching foreign countries, namely India and China.

He added that the US will "begin negotiations to reenter either the Paris accord or really an entirely new transaction" on terms, which he said would be fair to US businesses, workers and taxpayers.

"So we're getting out, but we will start to negotiate and we will see if we can make a deal that's fair. And if we can, that's great, and if we can't, that's fine," Trump told reporters in the White House Rose Garden.

Trump thus made good on his election campaign promise to walk away from the Paris pact as part of his policy of protecting US businesses from international interference, and dealt another blow to the legacy of his predecessor, Barack Obama, who had worked so hard to make the groundbreaking accord happen.

China currently ranks as the world's largest emitter of greenhouse gases. As for the United States, with just over 4 percent of the world’s population, it accounts for a hefty one-third of the carbon dioxide emissions, more than the 28 countries of the European Union combined.

In an interview with Sputnik, Yuri Rogulev, director of Moscow University’s Roosevelt Fund for US Studies, said that America was back to its previous unilateralist policy.

“The United States has reverted to its traditional policy of unilateral action. Suffice it to mention Iraq, America’s pullout of the antiballistic missile treaty with Russia. It doesn’t care about what other countries think about it. This is a blow to America’s allies too. As the world’s biggest economy, the US should serve an example to others, but it is doing just the opposite,” Rogulev said.

He added that Trump’s decision to give up on the climate change accord was a political, rather than an economic one.

“I think this is a purely political move meant to show that he stands up for the interests of ordinary Americans and America as a whole. It is part of his election campaign promise to reconsider international agreements that are not beneficial to the US,” Yuri Rogulev noted.

© AP Photo / Carolyn Kaster
US Withdrawal From Climate Deal Rolls Back 'Draconian' Regulations - Trump Aide
“By the way, he has promised to reconsider other agreements too,” he added.

The Paris climate accord, hailed by many as “the future of mankind,” was agreed to by more than 190 countries and has been ratified by 147 countries since it was signed in December 2015.

It aims to reduce planet-warming greenhouse gas emissions and establishes a specific set of tools to help countries cut carbon gas discharges into the atmosphere.

The Paris Climate Agreement doesn’t officially go into force until 2020, which is when countries are expected to begin reducing emissions through the voluntary commitments they made when they signed on.