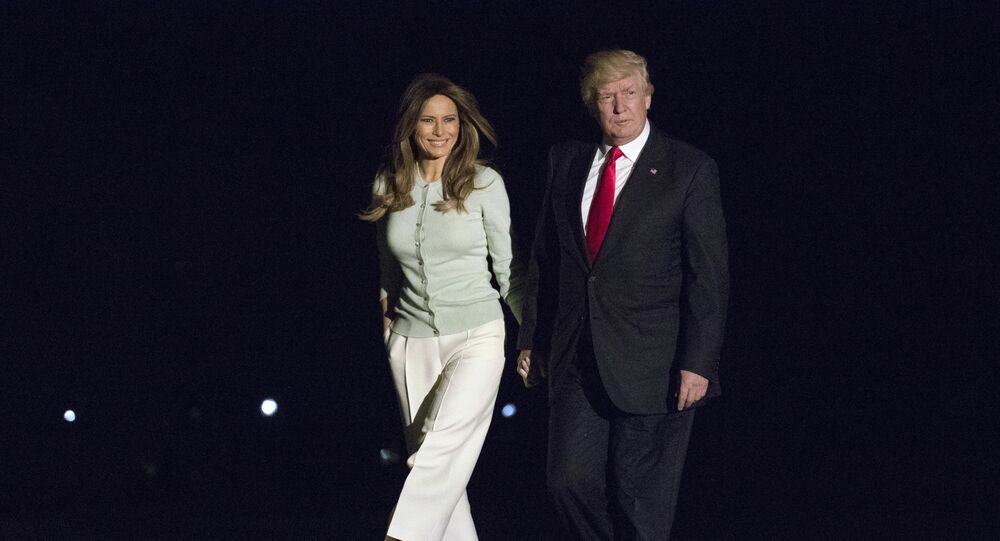 Home is Where the Hate is: Trump Returns to Frosty Reception in Washington

US President Donald Trump has returned home to opposition in the US Senate and sliding approval ratings.

However, several of his actions have received negative press back home. A record arms deal with Saudi Arabia worth upwards of $110 billion is already facing opposition in the US Senate, where Republican Rand Paul and Democrats Chris Murphy and Al Franken introduced a resolution of disapproval to force a vote on whether to block part of the sale.

Trump had been due to make a speech to the Israeli Knesset, but the speech was cancelled over concerns that the US President would face heckling from rowdy MP's, Speaker Yuli Edelstein told Army Radio.

"The possibility was explored as a first option, and it was dropped from the agenda because it was clear that the president wouldn't be able to speak," Edelstein said.

In Brussels, Trump gained attention for his manners, after pushing past the Montenegrin Prime Minister to get to the front of a NATO delegation. His lengthy handshake with Emmanuel Macron during a meeting on the sidelines of the summit also gained attention.

© REUTERS / Kevin Lamarque
Trump on Kushner: 'Jared is Doing Great Job, I Have Total Confidence in Him'
However, it seems that Trump's tribulations aren't coming to an end now that he has returned home.

Conservative commentator Ann Coulter, a vocal Trump supporter during his election campaign, told the Daily Caller that she and many other Americans are disappointed with his performance so far.

Coulter described herself as a single-issue voter, who backed Trump because of his promise to build a wall with Mexico.

"I'm not very happy with what has happened so far," Coulter said.

​According to the most recent Gallup poll, Trump's approval rating has slumped to just 35 percent, with many of his voters disillusioned by proposed budget cuts that plan to slash $3.6 trillion from government spending over the next decade, including Medicaid and social security.

Republicans in the US Congress also expressed their opposition to Trump's budget.

"Sadly this budget exposes all of that verbiage for what it really was: just cheap and dishonest campaign rhetoric that was meant to get votes ― nothing more than that," Sanders said.