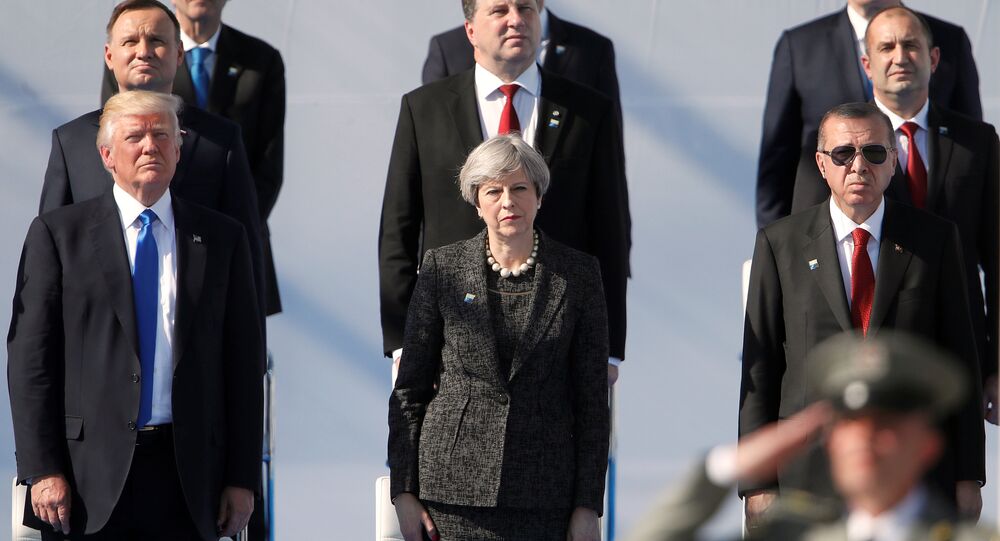 The United Nations has warned US President Donald Trump that his plans to cut contributions to UN peacekeeping will make such work continuing "impossible". The prediction by UN Secretary-General Antonio Guterres comes just two days after the US budget plans were published, which indicated a swathe of cuts to the UN budget of more than US$1 billion.

At the UN head quarters in New York, the mood is despondent.

The global organization is still reeling from President Trump's proposed US budget, published on Tuesday, May 23, which includes proposed cuts to the UN's peacekeeping mission of over US$1 billion.

Considering that the US currently foots more than a quarter of the UN's US$7.9bn peacekeeping bill, such a cut would be hugely significant to current operations around the world.

The US administration signaled that such heavy cuts were designed to draw new "attention on the appropriate US share of international spending at the United Nations."

However, a spokesman for United Nations Secretary-General Antonio Guterres said that these proposed US budget cuts would make the UN's work "simply impossible."

Such missions include the training of Haitian police forces in an island nation often wracked by severe civil violence; and efforts in Mali to support the beleaguered political process.

Mr. Guterres tweeted a pointed reminder of the dangers that thousands of UN peacekeepers face as they go about their work, dangers that could be made more acute by shrinking resources.

Last year, 117 UN peacekeepers died serving the cause. We honour their sacrifice & pledge to carry on their work for a safer world. #PKDay pic.twitter.com/8MOwLaTUVk

Guterres' comments also came on the same day he laid a wreath at UNHQ in New York, ahead of UN peacekeeping day on Monday, May 29.

Despite the dismay in the UN at Trump's intended budget cuts, the proposals are part of a wider squeeze on international financing by President Trump.

As a presidential candidate, Trump dismissed the NATO alliance as "obsolete," and railed against European NATO states for not paying enough money into the group.

UN Secretary-General honoured our fallen peacekeepers this morning at a memorial ceremony in UNHQ ahead of #PKDay pic.twitter.com/ojQoCLi0bh

As president he has rowed back on undermining NATO's significance, but has continued to insist that the US' international allies step up their payments with more funds of their own.

On May 25, President Trump suggested that the current target of NATO member countries contributing 2% of their GDP for the alliance's defense is not enough.

"Twenty-three of the 28 member nations are still not paying what they should be paying and what they are supposed to be paying for their defense. And many of these nations owe massive amounts of money from past years and not paying in those past years," Trump said.

"We should recognize that with these chronic underpayments and growing threats even two percent of GDP is insufficient to close gaps in modernizing, readiness and the size of forces."

The budget has been proposed by President Trump's Director of the Office of Management and Budget Mick Mulvaney. However, it must be approved by Congress before changes are enacted.

One veteran member, Senator John McCain, has said that this is unlikely.

McCain recently suggested that the budget is so unpopular on both sides of the aisles — due to severe cut to domestic programs aimed at helping the poor, including billions of dollars removed from Medicaid — that the budget "is dead on arrival."

Such opposition may offer a glimmer of hope to Mr. Guterres and the rest of the UN.

However, if President Trump's administration has proved anything, it's that it can surprise conventional wisdom all too easily.

US 'Having No Clear International Policy' Causes 'Great Anxiety in Europe'