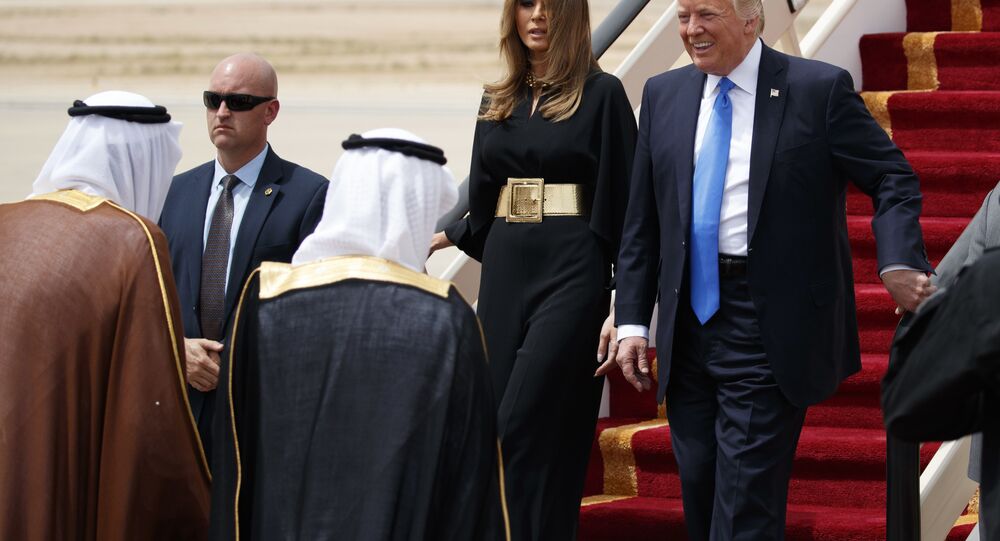 President Donald Trump's job approval rating of 39% among US adults has not improved since he embarked on his nine-day diplomatic tour across the Middle East and Europe, a Gallup poll revealed on Thursday.

WASHINGTON (Sputnik) — Trump embarked on his first foreign trip as US president last Friday, which has taken him to Saudi Arabia, Israel, the Vatican, and Brussels — for the NATO Summit — amid swirling controversy over intelligence leaks and a probe into alleged ties with Russia.

"Any improvement Trump may have expected from representing the nation on this high-visibility tour may be blunted by controversy over reports of his possible sharing of sensitive intelligence information in a recent meeting with Russian officials," a press release accompanying the report stated.

© REUTERS / Amir Cohen
Amusingly Married: Trump and Melania's Top Most Awkward Public Appearances (VIDEOS)
The poll conducted from Sunday through Tuesday indicated that 39 percent of US Adults approve of Trump and his administration’s performance, a slight but statistically insignificant jump from 38 percent approval prior to the trip.

Trump may be unpopular with a majority of Americans, but most Republicans (84 percent) continue to like what they see, the poll explained.

Support among Democratic voters — 13 percent at Trump’s January inauguration — was 7 percent in the latest survey.

Trump’s support has suffered its biggest decline among voters who identify themselves as either independent or moderate, falling by 11 and 10 percentage points respectively since the January 20 inauguration, according to the poll.