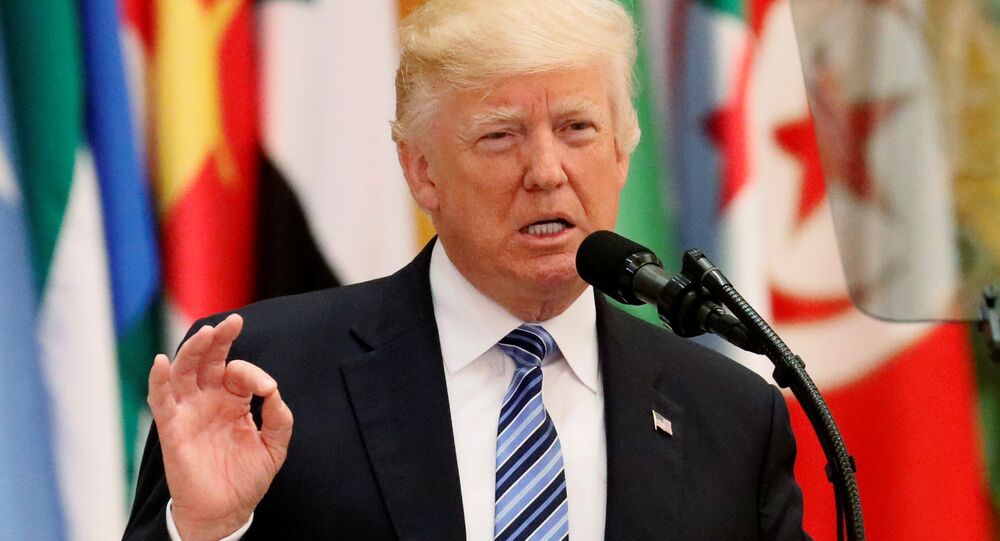 US President Donald Trump said on Thursday that he is calling for the Department of Justice and other agencies to start a complete review of sensitive information leaks, according to a statement released by the White House.

WASHINGTON (Sputnik) — The statement was made amid the accusations from the UK connected with the disclosure of the name of the attacker and other details of the Manchester bombing before the police were ready to release them. A day later the New York Times published forensic photos from the site of the attack.

Earlier in the day UK Prime Minister Theresa May said she would address repeated intelligence leaks by US media when she meets President Donald Trump on Thursday.

"I am asking the Department of Justice and other relevant agencies to launch a complete review of this matter, and if appropriate, the culprit should be prosecuted to the fullest extent of the law," the statement said.

Trump’s statement noted that the leaks of sensitive information are a threat to national security.

Trump also added that there is no relationship the United States values more than the one with the United Kingdom.

Greater Manchester Mayor Andy Burnham tweeted late on Wednesday he had complained to the acting US ambassador about the leaks out of the United States. "Was assured they would stop. They haven't. Arrogant, wrong & disrespectful," he said.

Government officials told the Guardian newspaper May was planning to raise the issue of secure data sharing between US and UK intelligence communities at the NATO summit in Brussels where she will also call on NATO to join forces and step up action against terrorism.

The Times newspaper reported May would not stay for the full length of the follow-up G7 industrialized nations' summit in Italy's Sicily this Friday and Saturday, but will fly back late on Friday to address matters linked to Monday's concert attack, which claimed 22 lives and raised terror threat level to critical.