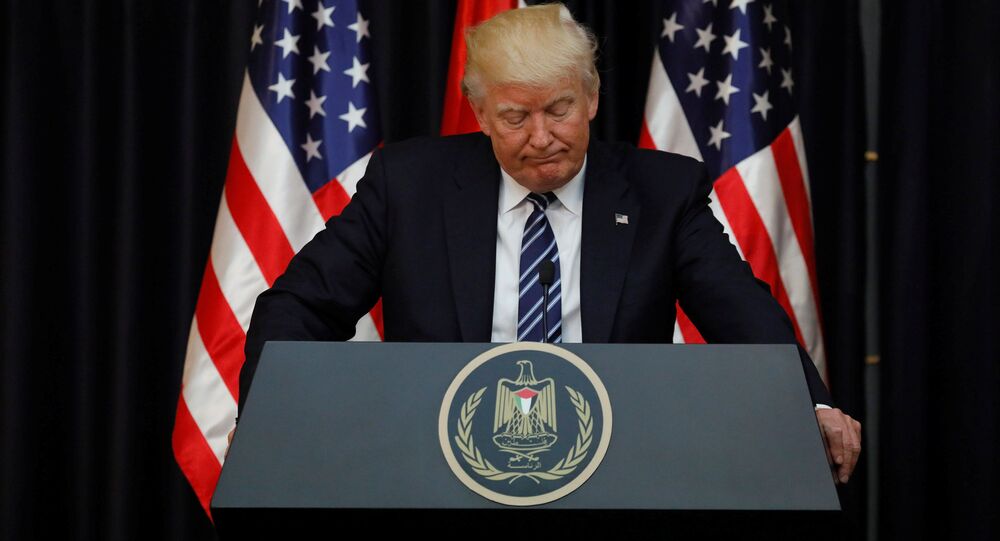 Obama's CIA Director John Brennan took part in the hearing on the Russia-Trump alleged ties on Tuesday, saying that there is no evidence in the case and that he believes the leaks of classified information to the press are "appalling."

WASHINGTON (Sputnik) — The White House said in a statement on Monday that the congressional hearing with former CIA Director John Brennan shows there is no evidence of collusion between Russia and the Trump campaign, and that even Brennan thinks the leaks to the press about classified information is appalling.

© AFP 2020 / MANDEL NGAN
Coats Refuses to Comment on Reports Trump Asked Him to Push Back on Russia Probe Stories
"This morning's hearings back up what we've been saying all along: that despite a year of investigation, there is still no evidence of any Russia-Trump campaign collusion, that the President never jeopardized intelligence sources or sharing and that even Obama's CIA Director believes the leaks of classified information are 'appalling' and the culprits must be 'tracked down’," a White House spokesman stated.

At the hearing, Brennan stated he did not know nor could he confirm if any collusion existed between the Trump campaign and Russia.

The Kremlin has repeatedly denied any allegations of meddling in the democratic process in the United States or any other country, calling the allegations absurd and designed to divert US public opinion from revealed instances of corruption and other pressing domestic concerns.