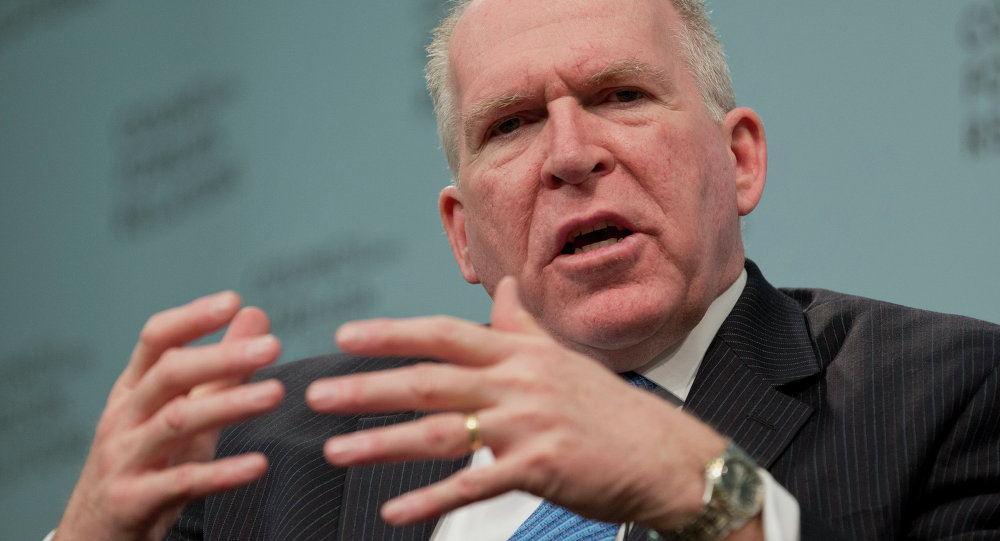 Former Central Intelligence Agency (CIA) chief John Brennan said in a congressional hearing on Tuesday he never received requests from the US president to end any existing investigations.

© AP Photo / John Locher
'Trump Loves Him': US Leader Reportedly Regrets 'Good Man' Flynn's Resignation
WASHINGTON (Sputnik) — In response to a question what he would do, if the president tells him to halt an ongoing investigation, Brennan stated: "I have never been asked that and, if I was, I certainly would not follow such a directive."

Media outlets also claimed on Monday that Trump approached two US intelligence officials suggesting that they should push back on the evidence of his campaign's collusion with Russia.

The White House has refuted the media allegations and stressed that the Trump administration has never had connections with Moscow. Trump argued that the current investigation would ultimately prove that no collusion has occurred during the 2016 presidential election. Russia has called the US allegations absurd and intended to deflect public opinion from pressing domestic concerns.

Brennan also said that he did not request the "unmasking" of any US government officials’ names during his last day on the job.

"I definitely know on the last day I was employed I definitely did not make such a request," Brennan told the House Intelligence Committee.

© AP Photo / J. Scott Applewhite
‘Not Good’: Trump Blasts Susan Rice for Refusing to Testify on Unmasking
Brennan said he did not recall any requests to reveal the names of US citizens in intelligence reports that would have been elevated to his level of authority during his tenure at the CIA.

The former official noted that a decision to unmask such a name would have been made at a lower level within the agency. Furthermore, Brennan added he was not aware of any unmasking requests within the intelligence community that have been denied.

On April 3, media reports suggested that Obama's National Security Adviser Susan Rice asked US intelligence agencies to unmask the names of President Donald Trump's associates that were added to reports during surveillance of the presidential transition team. Rice has previously denied accusations that she was trying to politicize intelligence, and said she issued requests to unmask names in intelligence reports for work purposes.

Flynn Pleads the 5th, Will Not Comply With Senate Intelligence Probe