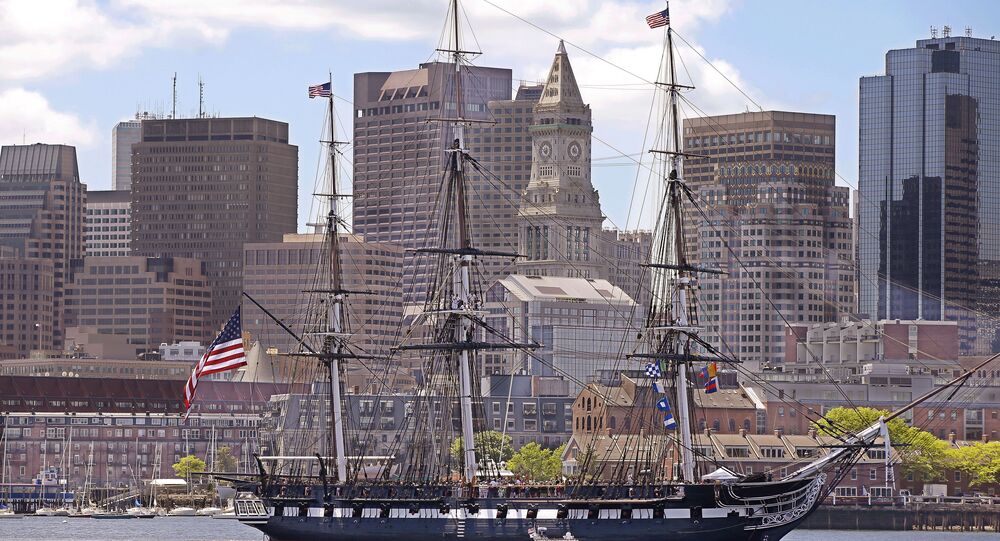 A man sneaked aboard the drydocked USS Constitution in Boston and caused damage to the ship, but ran away before he was identified.

© Sputnik / Vladimir Astapkovich
Symbol of Revolution in Russia: Legendary Aurora Cruiser Gets Makeover
9
The USS Constitution is currently undergoing repairs in drydock. The suspect sneaked aboard at about 3:00 a.m., according to a report by Boston 25.

The man managed to get onto the lower deck and damaged a state room door spindle before he was discovered by crew and escorted outside. The sailors called National Park Service security, but the man managed to run off before officers arrived.

The perpetrator was caught on surveillance camera, according to Constitution's Commanding Officer Robert Gerosa. The recording has been handled to the authorities, and the man is now reportedly wanted by the police.

According to Gerosa, the damage was minor and has already been repaired, but the intrusion has raised security concerns.

"The Navy does take this seriously," Gerosa said.

USS Constitution, the last of the first six US-built frigates, is a 18th century warship, the oldest floating commissioned vessel in the world. It is still officially in service for the US Navy. For the last two years, "old Ironsides," as it is known, has been drydocked as part of a multi-million restoration project. The ship is expected to return to the waters of the Charlestown Navy Yard in July, according to a park service statement issued last month.