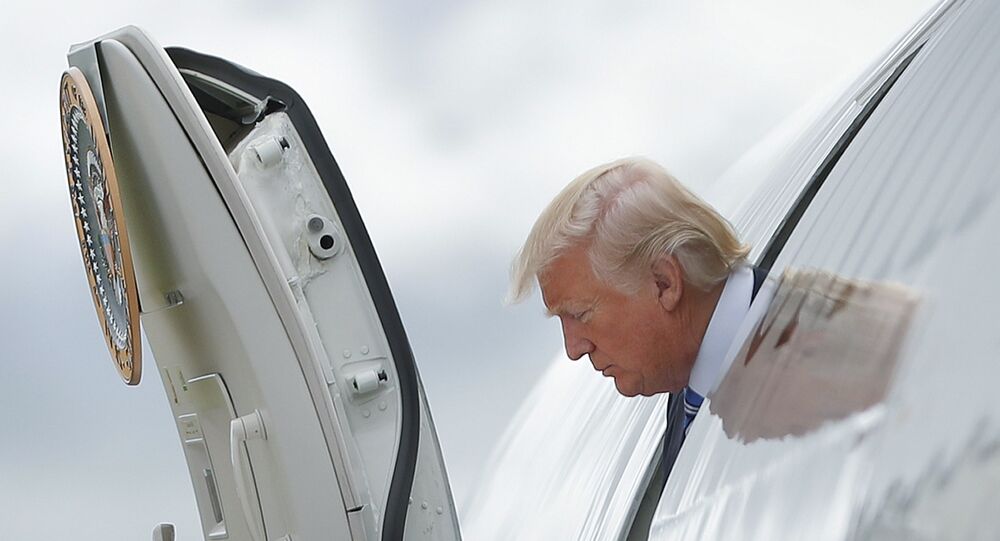 A new poll reveals that Americans are divided over whether President Donald Trump's attitude toward Russia poses a national security threat to the United States.

"The public is divided on whether President Trump's attitude toward Russia does (48 percent) or does not (46 percent) present a threat to national security," the Monmouth University Polling Institute said in a summary of its findings, which it published on Thursday.

Monmouth added, however, that the public's opinion shifted dramatically over the course of the poll, which was conducted from Saturday to Wednesday.

© AP Photo / Dmitry Lovetsky
Russia Doing Everything Possible to Launch Cooperation With US - Moscow
From Saturday to Monday, only 43 percent of those polled saw Trump's attitude toward Russia as a threat. But from Tuesday to Wednesday, 52 percent of respondents said Trump's approach to Moscow poses a national security threat.

Monmouth attributed the shift in opinion to news reports this week that Trump shared sensitive intelligence information with Russian Foreign Minister Sergey Lavrov and Russian Ambassador to the United States Sergey Kislyak during a meeting at the White House on May 10. The Washington Post first reported the story on Monday.

Trump has defended his decision to share information with the Russian officials, saying he has the right to discuss facts pertaining to fighting terrorism and airline flight safety.

Russia Doing Everything Possible to Launch Cooperation With US - Moscow