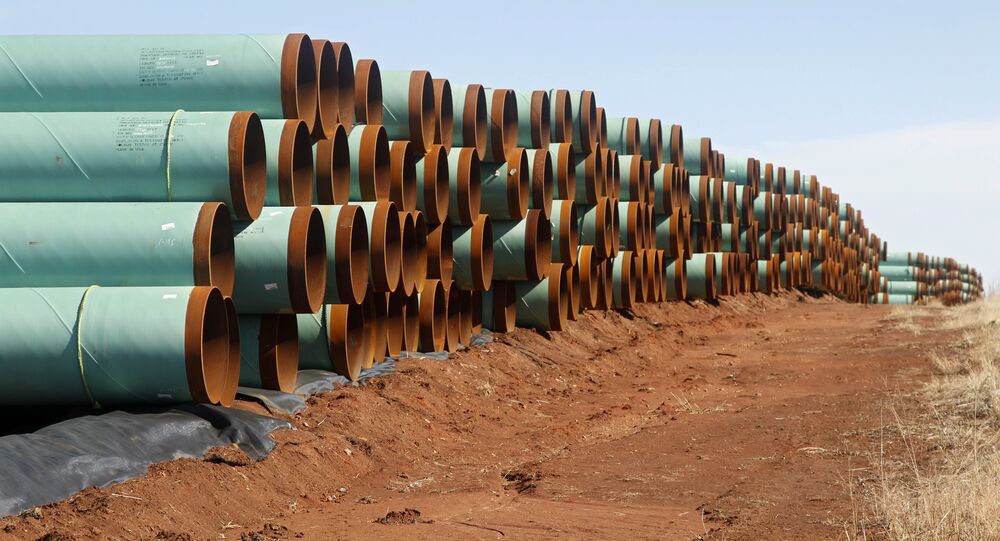 US native-American tribes in the United States and Canada will sign a declaration on Wednesday opposing the Keystone XL pipeline, media reported.

Health Care No-Vote, Keystone XL to Be Built, Labor Strike in Illinois
WASHINGTON (Sputnik) — Tens of thousands of indigenous people from the United States and Canada plan to sign the declaration at a ceremony on Wednesday at the Glenbow Museum in the Canadian city of Calgary, Alberta, which is home to Keystone XL developer TransCanada Corp., CTV News said on Tuesday.

The declaration is a 16-page document noting the tribes’ treaty rights and their opposition to the pipeline, the report stated.

TransCanada said the pipeline does not pose a threat to the environment and will boost the economy, the report added.

Tribes may send the declaration to the United Nations and consider assembling protest camps along the route of the pipeline, according to the report.

The 1,179-mile Keystone XL project, which was blocked by former President Barack Obama and then approved by current President Donald Trump, is the last section of the entire Keystone system.

The Keystone XL links the oil sands region in the Canadian province of Alberta to Nebraska, and all the way down to the oil refineries on the Gulf of Mexico coast.