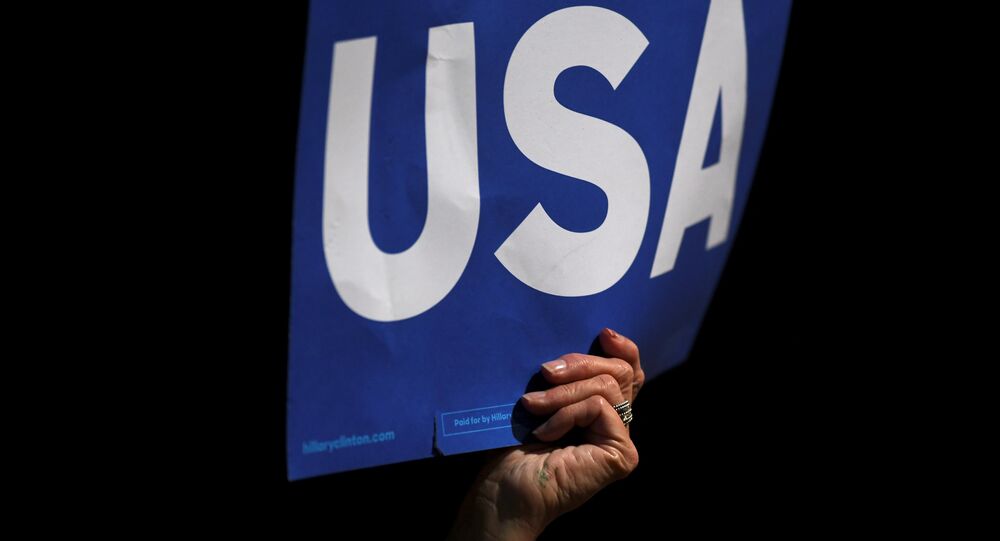 According to a poll by the Gallup organization Donald Trump’s difficulties have done little to improve fortunes of the Democratic Party in the eyes of American voters.

YouTube/WTHR
‘Heil Trump’ Graffiti on Indiana Church in November Revealed to Be a False Flag
WASHINGTON (Sputnik) — President Donald Trump’s difficulties have done little to improve fortunes of the Democratic Party in the eyes of American voters, with a favorability rating of Democrats falling five percentage points to 40 percent since November, according to a poll by the Gallup organization on Tuesday.

During the same period the favorability rating for the Republican Party remained "basically unchanged" at 39 percent, a press release explaining the poll stated.

"So far, Trump's unpopularity as president has done little to erode Americans' views of the GOP [Republican Party], perhaps because they were already quite negative," according to the release. "However, Americans are now less positive toward the Democratic Party than they were last fall."

Since Gallup began the survey in 1992, the Democratic Party has enjoyed an edge over Republicans, with favorability ratings averaging 50 percent and 44 percent respectively, the release noted.