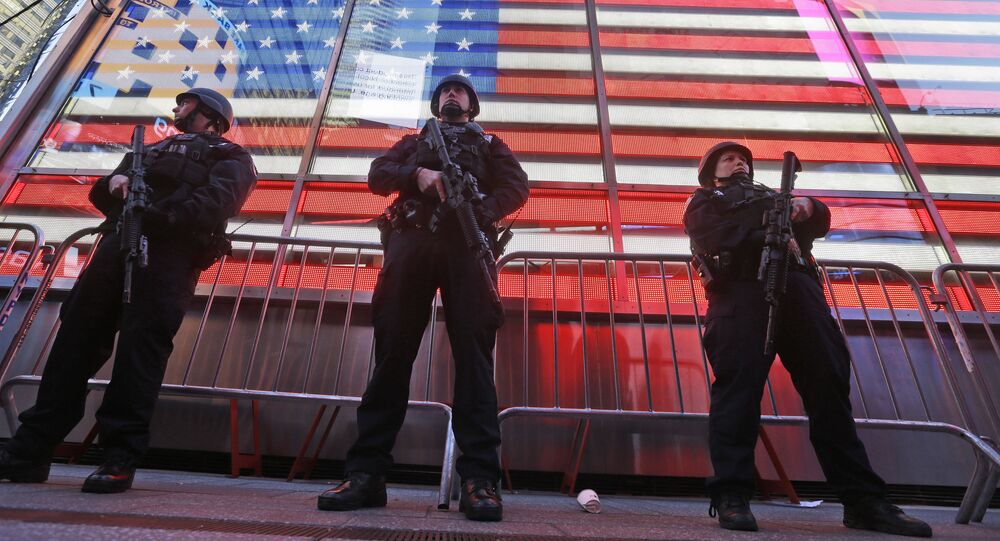 An unarmed man in police custody on the Las Vegas Strip was killed by an officer’s use of the neck-restraint hold.

Early Sunday morning, two Las Vegas officers patrolling inside the Venetian Hotel casino were approached by a man they said was acting erratically, and who declared that people were out to get him.

The man then turned and ran outside, where he attempted to gain access to a pickup truck that did not belong to him, at which time the officers used a stun gun. After the man continued fighting, the officers punched him repeatedly and continued to tase him.

Police claimed that their efforts at subduing the man were unsuccessful, documenting that they were forced to use "a department approved control technique called the lateral vascular neck restraint," according to a statement, cited by the Las Vegas Review-Journal.

The as-yet-unidentified man then became unconscious and, after being brought to a hospital, was pronounced dead.

The lateral vascular neck restraint hold is claimed to be safer than the chokehold used by New York City police in the 2014 death of Eric Garner, however comparisons between the two tragedies are widespread and the official story submitted by the Las Vegas police department was widely refuted.

According to the Nevada branch of the ACLU, "The incident of a man dying in police custody today is one more reason why the use of chokehold practices must stop."

"Too many people have died as a result of this type of excessive force," said the group's director.

The lateral vascular neck restraint hold is not considered by the Las Vegas police department to be "deadly force," according to the Washington Post.