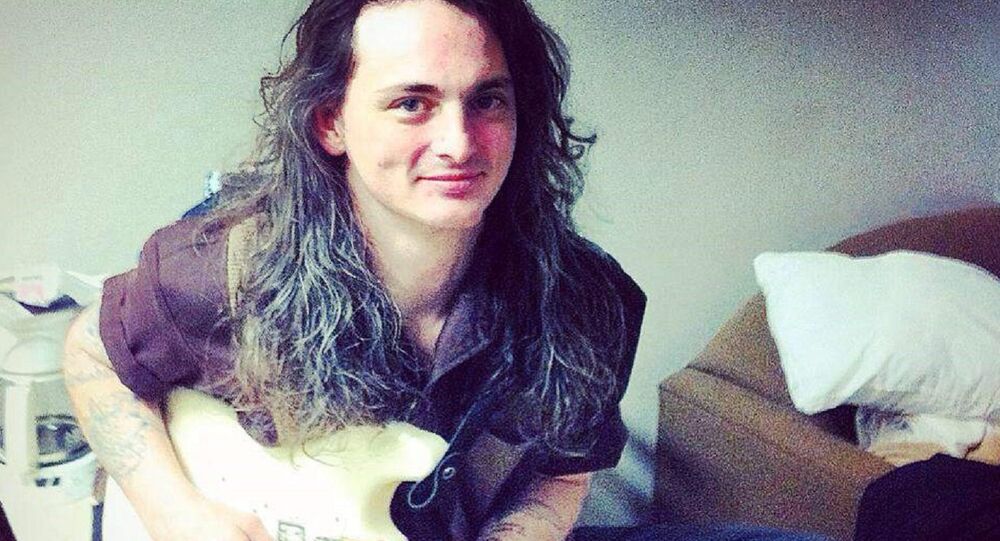 A Memphis musician with a history of domestic abuse has died after live streaming as he lit himself on fire in the bar where his ex-girlfriend was working.

Jared McLemore, 33, drenched himself in kerosene in a parking lot across the street before lighting himself on fire and running into Murphy's bar shortly after 12:30 a.m. local time on Sunday.

McLemore had been charged in August with domestic assault for strangling and threatening to murder Alyssa Moore, who was working at the bar as an audio engineer. He was sentenced to probation, which ended in April, and was ordered to undergo mental evaluations.

While covered in flames, McLemore grabbed Moore, in an apparent attempt to kill her as well, but she was able to escape his grip.

“When Jared finally reached the door, Alyssa held it closed trying to lock it to keep him from her and anyone else,” a GoFundMe page set up to help Moore after the traumatic experience states. “He pushed his body against the door and the heat from the flames finally became too much for Alyssa to stand.”

“She made a fast decision and screamed at everyone to “RUN!” and then she ran too.”

The description on the crowdfunding platform states that McLemore had also broken into Moore’s home the week before and threatened her with a gun.

So far, $30,486 has been raised to help Moore recover, and for her to replace her audio engineering equipment that was badly damaged in the blaze and by the water and fire extinguishers used to put out the flames.

"Domestic abuse tends to happen privately, and by the time it becomes public, it's unfortunate to the extent to which it has developed that something like this could happen," Jim Duckworth, whose band had been playing at the bar, told News 3.

Duckworth’s girlfriend and fellow band member, Kimberly Koehler, explained that many of the bar’s patrons initially thought McLemore was someone in a flame-retardant suit doing a stunt.

"It looked like a movie, like someone wearing a flame-retardant suit," Koehler said. "There were some people who thought that it was a joke."

Realizing that it was not a joke, Koehler ripped off her shirt, as did other people present, trying to put out the flames that were engulfing McLemore.

"It was almost like he waited for us to be over so that he would be the center of attention," she added. "He wanted it to go down in some sick way and for everybody to see it."

One heroic witness, Paul Garner, had tried to stop McLemore and was hospitalized with second degree burns. He is expected to survive.

McLemore died in the hospital shortly after the horrific incident.

It is just the latest in a series of violent crimes and suicides to be broadcast using Facebook’s live stream feature.

© REUTERS / Reuters
Another Livestream Horror: Thai Man Streams Baby Daughter’s Murder Live on Facebook
Earlier this month, an Alabama man shot and killed himself live on the social media platform. The suicide livestream was viewed more 1,000 times and shared by multiple users before Facebook pulled it down.

On April 3, Arjun Bhardwaj, 24, committed suicide by jumping from the 19th floor of a hotel in Mumbai, India. Before taking his own life, he livestreamed himself giving a “suicide tutorial” to other Facebook users.

On Easter Sunday in Ohio, Steve Stephens livestreamed himself randomly shooting an elderly man on Facebook Live, after forcing his victim to say his ex-girlfriend’s name. The man continuously posted streams of his homicidal ramblings, before shooting himself when confronted by police in Pennsylvania.

“Facebook does not disclose how many people have committed suicide on Facebook Live. In January, a 14-year-old girl hung herself in her Florida foster home and a 33-year-old aspiring actor shot himself in a car on a Los Angeles street, both on Facebook Live,” USA Today reported. “A young Turkish man who had broken up with his girlfriend told viewers before committing suicide on Facebook Live in October: ‘No one believed when I said will kill myself. So watch this.’"

On April 25, a Bangkok man murdered his 11-month-old child on a Facebook livestream before taking his own life as well. The horrific video remained live on the social media platform for approximately 24 hours before being removed.

The website announced last month that they will be incorporating suicide prevention tools into their live feature. They are also offering chat support from crisis organizations such as the National Suicide Prevention Lifeline.

Additionally, Facebook is working to create artificial intelligence that will be able to pick up on warning signs of violence, suicide or self harm throughout the platform – including users’ live broadcasts.