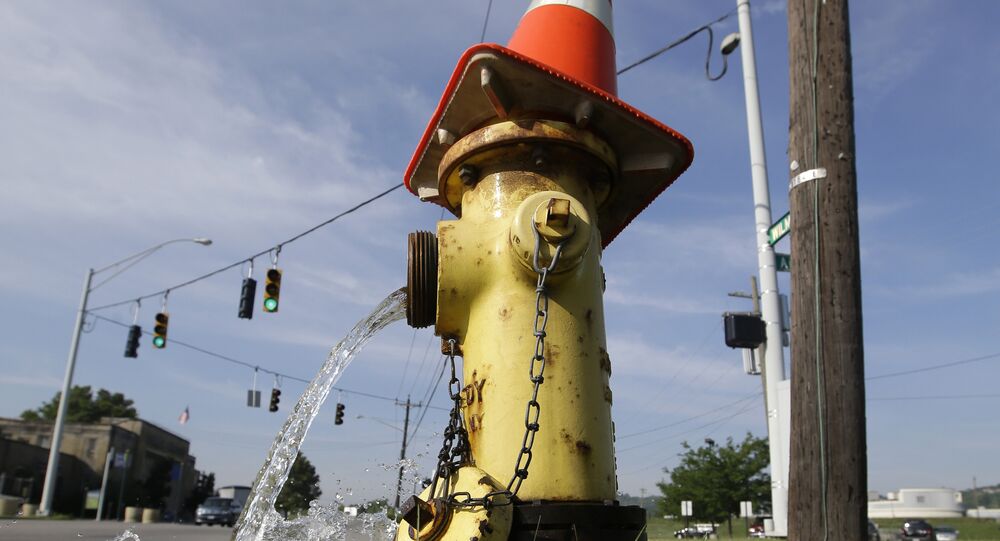 A Florida man crashed his car into a fire hydrant on Wednesday, which caused a sinkhole to form underneath his feet. The 89-year-old man, who was celebrating his birthday, fell into the hole and drowned by the time they were able to pull him out.

Robert Dreyer, a resident of Melbourne, Florida was driving in the nearby town of Viera in his 2016 G300 Mercedes Benz when he hit the hydrant. He exited the car, seemingly unharmed, but then the ground gave way underneath his feet. A five-foot-deep sinkhole was created, likely by the force of the crash.

"The force of the water created an air pocket and sucked him down into the hole where he was underwater for some period of time," said Lt. Channing Taylor of the Florida Highway Patrol.

​"The water started erupting from the fire hydrant. As a result, there was a divot in the space where the fire hydrant used to be and right adjacent to his driver's door, he fell into that divot." Witnesses claimed that jets of water shot several feet in the air, as well.

Witnesses of the crash rushed over to help Dreyer, but the water pressure was too great. "It was pushing me out of the hole, and I weigh 220 pounds," said local man Edward Cunningham.

​"And with so much water pressure we could have tried to link up and to get him out and we would have been getting sucked in too. We would have had to get that water shut off before we could do anything," added fellow witness Pedro Rodriguez.

Eventually, they managed to pull Dreyer out, but too late: he had been underwater for at least three minutes and had drowned. He was officially pronounced dead at Viera Hospital.

Florida authorities are investigating the crash. Fire hydrants usually don't create sinkholes when struck by a car, after all. "I haven't seen anything like this before," a police spokesperson told local station WESH. "Usually the fire hydrants will break off and they won't spew water; they have safety valves in place. But if you hit something the right way, the safety doesn't work."

The hospital believes that Dreyer may have suffered a medical incident shortly before the crash.

My God, Help Me to Survive This Deadly Love: Most Memorable Kisses of Top Political Figures
Case Disgrace
What Victory? New Poll Unveils How Much Americans Know About WWII