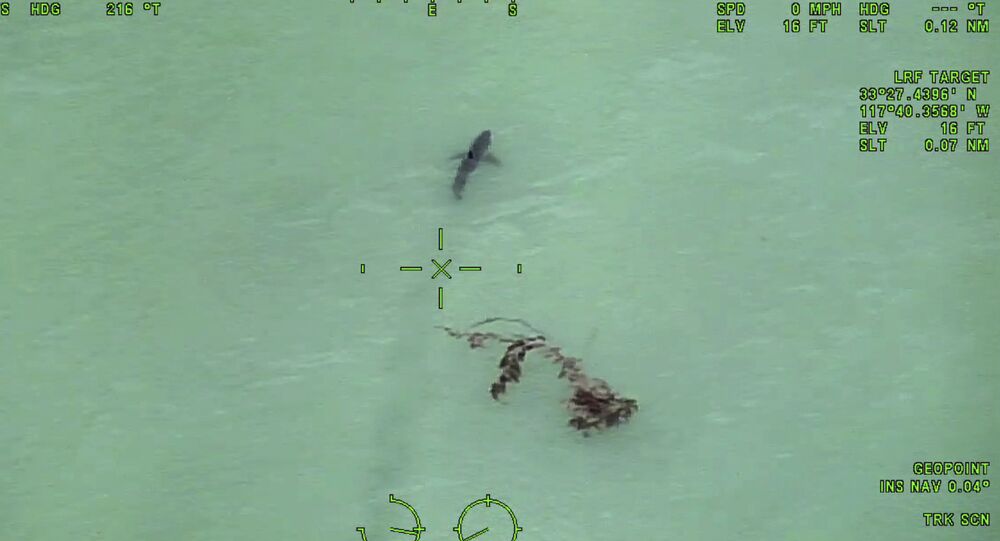 A group of paddle-boarders were frolicking in the water on the beachfront of Dana Point, Orange County, when a voice came down from a helicopter loudspeaker. Orange County Sheriff’s Department Deputy Brian Stockbridge said probably the last thing in the world that they wanted to hear.

Aussie Fishermen 'Sweep' a Shark Away With a Broom