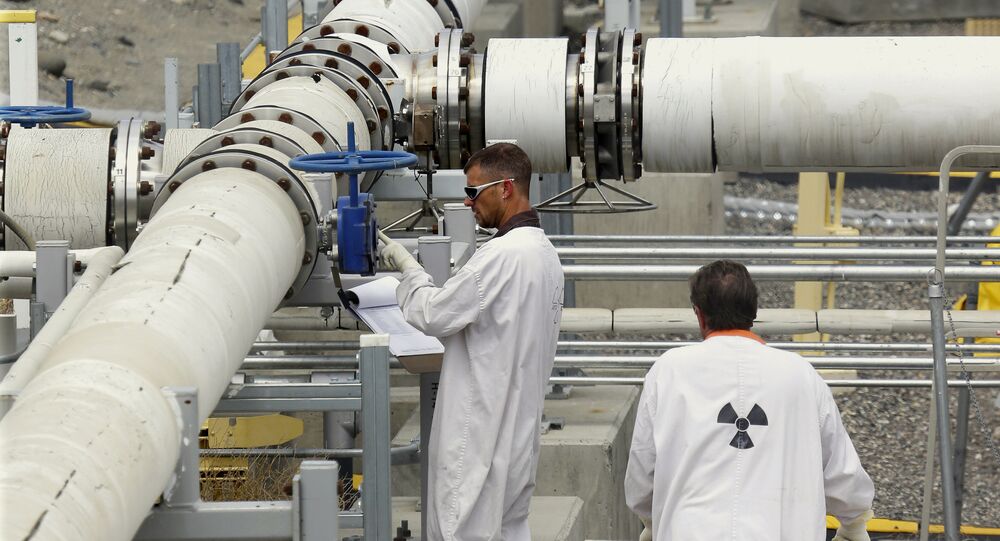 A tunnel which contains some of the most radioactive material in the world has collapsed. The Hanford facility in Washington state, where 3,000 people work, was put into lockdown.

An emergency was declared Tuesday, May 9 after the tunnel collapsed, leaving a hole 20 feet square in the ground.

Those working at the site were told to shelter and avoid eating or drinking anything.

The tunnel connects to a plutonium uranium extraction (PUREX) complex, where hundreds of tons of radioactive waste from atomic weapons were stored between 1956 and 1972.

The complex was brought back into use in 1983 and used for another five years to store more fuel rods from the US nuclear industry. The tunnel is understood to have enough storage space for 48 rail cars.

Here's a newly-released photo of the 20' x 20' hole in the roof of the underground rail tunnel adjacent to PUREX at the Hanford Site. pic.twitter.com/aeS9EAK59B

Hanford was originally established in 1943 to process nuclear materials from the Manhattan Project.

The plutonium manufactured at the site was used in the first nuclear bomb tested in New Mexico and was also used in the atomic bomb that the US dropped on Nagasaki in 1945.

Most employees were sent home last night but crews are monitoring the entire area for radioactive contamination.

Workers arriving for their night shift were told not to come into work.

"They are looking at options that would provide a barrier between the contaminated equipment in the tunnel and the outside air that would not cause the hole in the tunnel's roof to widen," said a message on Hanford's website said.

Susannah Frame, an investigative reporter at a nearby TV station, speculated that the incident may have been a result of construction work nearby.

Hanford has been referred to as "the most toxic place in America".

There have also been comparisons with Chernobyl, site of the 1986 nuclear disaster. Russian specialists recently announced technical proposals for the creation of a small-size nuclear facility that completely rules out the possibility of an uncontrolled nuclear chain reaction like the one that led to the Chernobyl disaster.

Last year local media reported a "leak in a massive nuclear waste storage tank" had happened in 2012, which one worker described as "catastrophic."

The leak was discovered in 2011 by a worker but a contractor had ignored their warnings for nearly a year.

The US is not alone in having radioactive waste sites. Last week it was reported that the European Union plans to transfer control over the European Atomic Energy Community's radioactive materials stored on UK territory to London after Brexit.