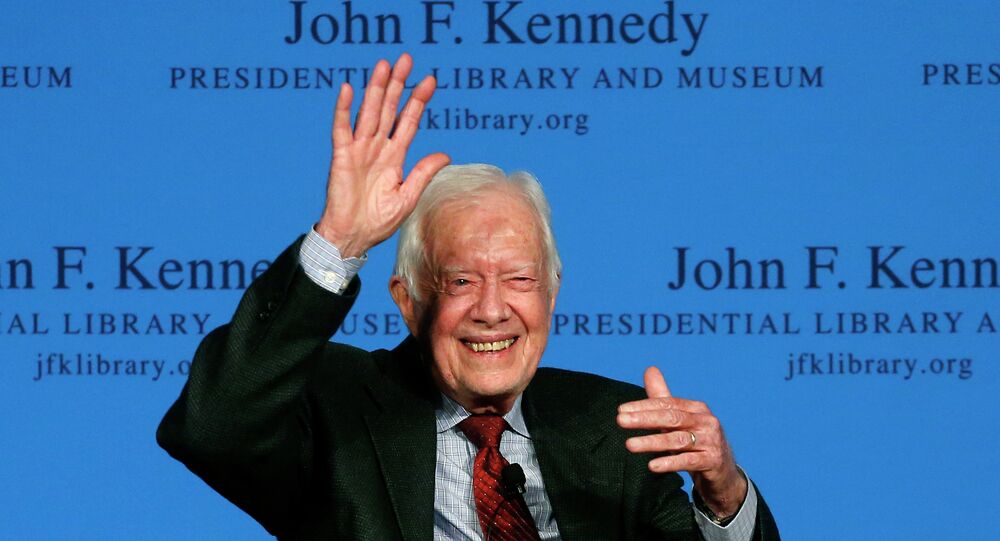 Former President Jimmy Carter has revealed that he voted for Vermont Senator Bernie Sanders in the 2016 Democratic Primary.

The revelation came as Sanders and Carter met for the first time on Monday evening, during the annual Human Rights Defenders Forum at Carter Center in Georgia.

Sanders was speaking on the impact of corporate money in politics when Carter chimed in, saying, "Can y'all see why I voted for him?"

“I think during the last election in America, Bernie Sanders represented the best of all the candidates what this conference is about,” Carter told the Atlanta Journal-Constitution in an interview before their joint appearance. “When you lose your opportunity to have some reasonable chance of a decent income, you lose a lot of other things as well. One of the key things people feel is that they’ve lost a voice in their own government.”

© AP Photo / Jacquelyn Martin
Working for Workers: Bernie Sanders Calls on Congress to Pass $15 Minimum Wage
During the general election, Carter had come out in support of Hillary Clinton – but did not seem overly enthusiastic about it.

"It's been an exciting and unprecedented kind of campaign this year, and unfortunately, the way it's turned out, both choices in the major parties are quite unpopular,” Carter told the New York Daily News in August.

Despite his loss to Clinton for the Democratic Party’s nomination in the 2016 US presidential election, Vermont’s favorite democratic socialist is the most popular US senator, with a 75 percent approval rating among his constituents.