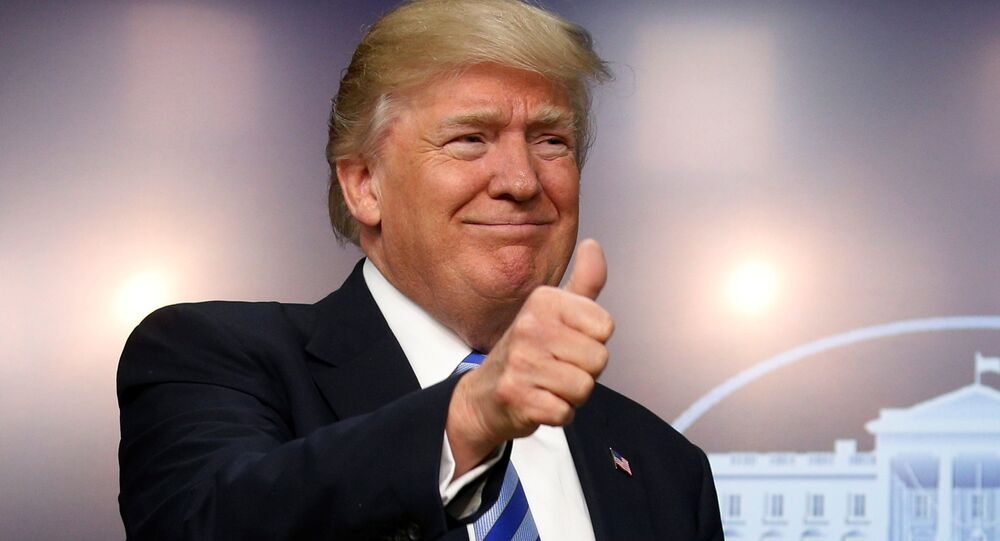 A new study shows that the political climate in the US is adversely affecting American couples, who are fighting and splitting up over President Donald Trump.

© AFP 2021 / PAUL J. RICHARDS
Trump Revised Travel Ban Addresses Discrimination Concerns - Solicitor General
According to the study by Wakefield Research, one in 10 couples, both married and unmarried, have broken up because they couldn't have a healthy debate over political differences. For younger millennials, the rate is even higher: 22 percent of those born after 1980 couldn't maintain their relationship because of inability to overcome disagreements on politics.

In order to determine how the political environment in the country was impacting romantic relationships, researchers conducted a survey with 1,000 participants in mid-April. A quarter of all respondents — 24 percent, and a whopping 42 percent of millennials — said that since Trump was elected, they and their partner have disagreed or fought about politics like never before.

"Passionately opposing points of views are not only driving wedges between strangers and even friends, but we are now seeing evidence that this dissent is having a detrimental impact on Americans' marriages and relationships," the report said.

New York-based divorce attorney Lois Brenner confirmed the rise of political incompatibility, saying that in her entire career she's never seen so many couples have troubles over political views, rather than over things like money.

"In my 35 years of matrimonial practice, I have never seen so many couples split over a political disagreement as with the Trump election. The essence is: you must agree with me," she told FOX Business.

© AP Photo
Lawsuit to Acquire Trump Records on Deadly January Yemen Raid - US Rights Group
In another provocative development, the Virginia-based polling firm found that a great number of single anti-Trump Americans would consider divorce if their partner had an opposing view on politics.

"Among Americans who did not vote for Trump and who are not in a relationship with a partner who voted for Trump, a third (33 percent) would consider divorce if they had a spouse who voted for Donald Trump," Wakefield stated, adding that among Millennials the number jumps to a shocking 43 percent.

Separately, two unrelated online dating surveys suggest that Democrats are especially unlikely to date a Trump-supporter, rather than vice versa.

Russia Ready for Putin-Trump Meeting, Much Depends on Schedules Coordination