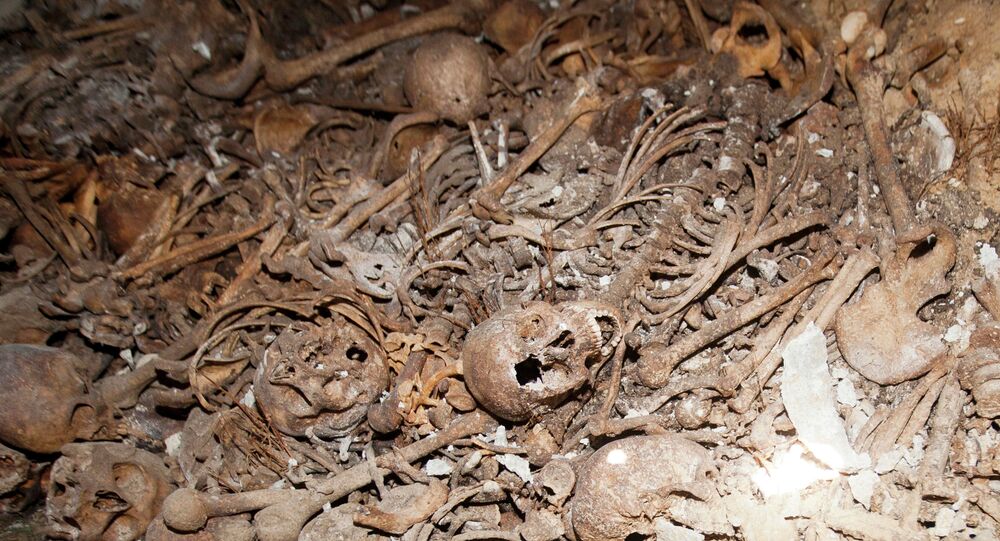 Ghosts of the Past: Mississippi University Seeks to Relocate 7000 Dead Bodies

The University of Mississippi’s past has come back to haunt it -- literally, perhaps.

An estimated 7,000 people may be buried underneath the University of Mississippi Medical Center (UMMC), patients from the 19th century mental institution underground the modern-day medical school.

The Mississippi Insane Asylum opened in 1855 before moving to Mississippi State Hospital in 1935, a facility that still stands to this day. Over 80 years, thousands of patients died in custody and were buried in catacombs underneath the asylum.

Underground radar shows around 7,000 corpses over 20 acres of the campus. Officials want to exhume and rebury the bodies, but at a cost of $3,000 per head, the project's cost would add up to a prohibitive $21 million.

UMMC is looking for a cheaper alternative, namely an in-house exhumation service. That would cost about $3.2 million, but is expected to take several years. They also want to create a memorial to the people exhumed as well as a laboratory to study artifacts undercovered from the burial chambers.

The medical center is particularly interested in the latter section, since the wealth of bodies interred allows for insight into the lives of asylum patients during the Reconstruction, Gilded Age and Progressive Era.

"It would be a unique resource for Mississippi," Molly Zuckerman, associate professor in Mississippi State's department of anthropology and Middle Eastern cultures, told USA Today. "It would make Mississippi a national center on historical records relating to health in the pre-modern period, particularly those being institutionalized."

The asylum was built after the petitioning of health pioneer Dorothy Dix, who in the mid-19th century traveled throughout the United States to lobby for state mental health facilities. Her lobbying was instrumental in the expansion of mental health services in states like Massachusetts, New Jersey, Illinois, North Carolina and Pennsylvania.

According to Mississippi Board of Health chairman Dr. Luke Lampton, conditions improved for the mentally ill, who were frequently jailed and mistreated prior to Dix's reforms. However, life was still perilous: around one in five patients confined in the asylum between 1855 and 1877 died there.

During a 2013 initiative by UMMC to build a new parking garage, thousands of long-dead were found underneath an otherwise empty grove. The more they searched, the more bodies they found. In addition to asylum patients, some of the dead are believed to be Civil War soldiers