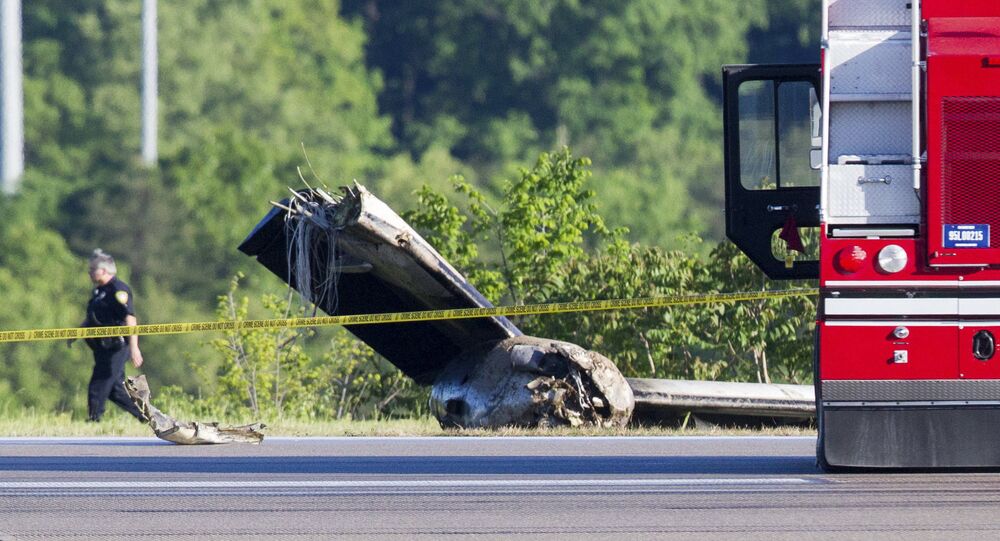 Cargo Plane Crash Kills 2 in US State of West Virginia

National Transportation Safety Board said that an investigation has been opened into a cargo plane crash at Yeager Airport in the US state of West Virginia that reportedly killed two people.

© AFP 2021 / Jorge Guerrero
At Least 3 German Nationals Killed in Crash of Small Plane in Spain
WASHINGTON (Sputnik) – An investigation has been opened into a cargo plane crash at Yeager Airport in the US state of West Virginia that reportedly killed two people, the National Transportation Safety Board (NTSB) said on Friday.

Media reports, citing emergency services officials, said the pilot and co-pilot were killed when a contract cargo flight crashed at the airport in Charleston.

A spokesperson for the airport, Mike Plante, told reporters that there was nothing to indicate the pilot had difficulty landing. Crashes at the airport are rare, he added.

Yeager Airport remains closed but the Charleston Fire Department said there was no immediate danger to anyone in the area.