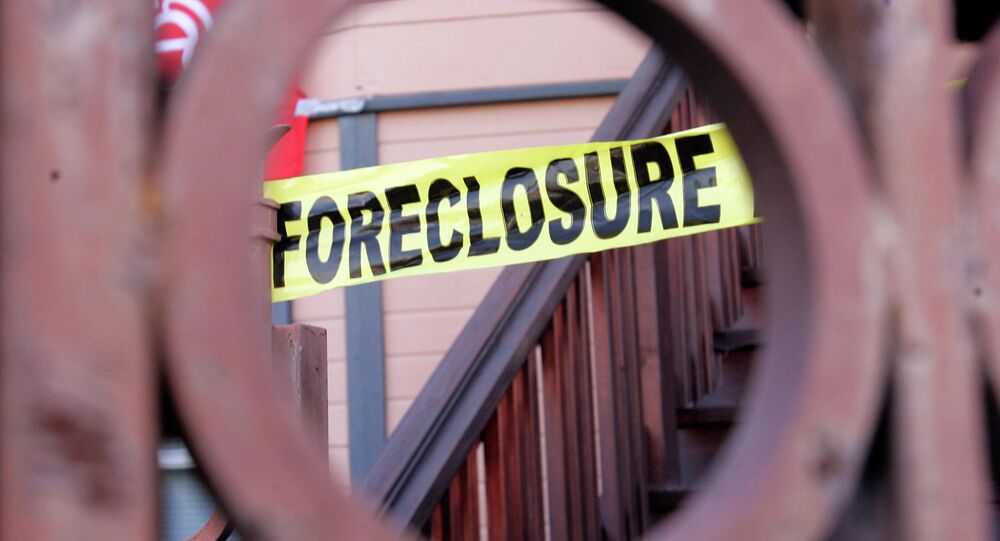 Approximately 8,000 residents of Flint, Michigan, are now in danger of losing their homes over unpaid bills for the toxic water that poisoned their families.

© Flickr / Juho Metsävuori
Officials: Contaminated Water in Flint Now Safe, But Please Don’t Drink It
The city is now threatening residents with tax liens on their homes if they have not paid their water bills for six months or longer.

"I got scared; for probably the first time since this all started, this actually scared me," Melissa Mays, a mother and water activist who lives in Flint, told the local NBC 25.

The city has ordered Mays to pay nearly $900 by May 19 to avoid having the lien placed on her home. Mays is just one of the roughly 8,000 people who received the notices on Friday.

Those who do not pay what the city says they owe for the contaminated water will then possibly be subject to foreclosure.

Mays has decided that she will pay the bill, even though she does not believe that she should have to, given that the water was actually not fit to drink.

"While I understand this is the way the law reads, we are in a totally different situation," Mays told the station.

The city has defended their actions, saying that they need the cash. The previous act of shutting off residents’ water supplies already brought in $3 million last month – roughly a million more than they did in February.

© CC BY 2.0 / Luis / grifo
3,000 US Cities Have Worse Water Contamination than Flint, Michigan
Mooney claims that if everyone pays their past due water balances it will bring in $6 million for the city.

Speaking in the city last year, then-President Barack Obama stated that "kids are resilient" and that "every kid in Flint is special and has capacity and can do great things." He reminded parents that previous generations, himself included, may have been exposed to lead before people knew the dangers.

Obama’s comments gave little comfort to the families whose children were exposed to the toxins.