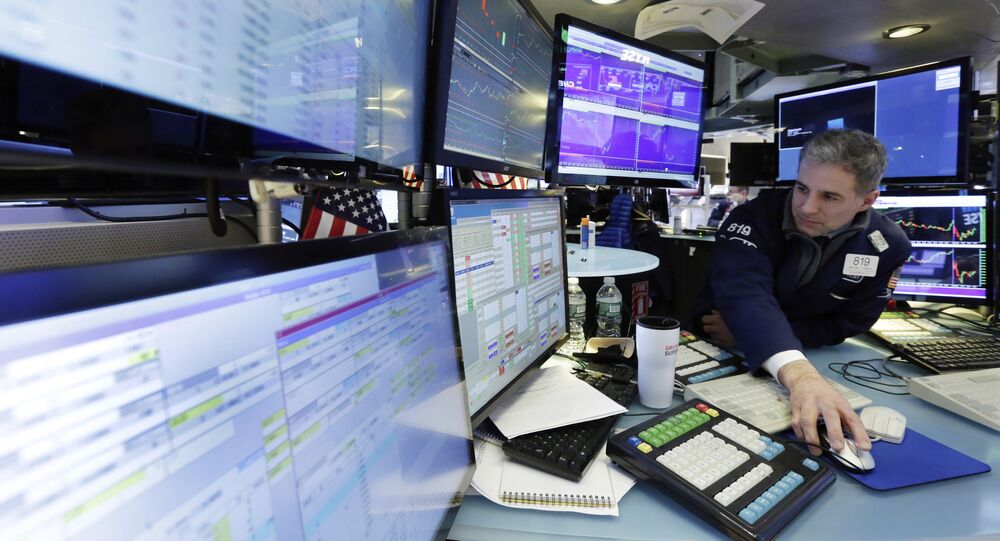 Federal Open Market Committee decided to maintain unchanged the US interest rate at 0.75-1 percent range, according to official statement.

WASHINGTON (Sputnik) — The US interest rate will remain unchanged at 0.75-1 percent range, the Federal Open Market Committee announced in a press release on Wednesday.

"In view of realized and expected labor market conditions and inflation, the Committee decided to maintain the target range for the federal funds rate at 3/4 to 1 percent," the statement said.

© AFP 2021 / BRENDAN SMIALOWSKI
US Federal Reserve Keeps Interest Rate at 0.5-0.75% Range
The committee noted that the slowing in the US economic growth in the first quarter of 2017 will likely be "transitory," and the economy will continue to expand at a moderate pace.

At the same time, the committee noted that economic conditions will likely warrant gradual rate increases.

The Department of Commerce’ Bureau of Economic Analysis said in April that the growth of the US GDP has reached 0.7 percent in the first quarter of 2017, which is the lowest mark compared to the first quarters of 2015 and 2016.