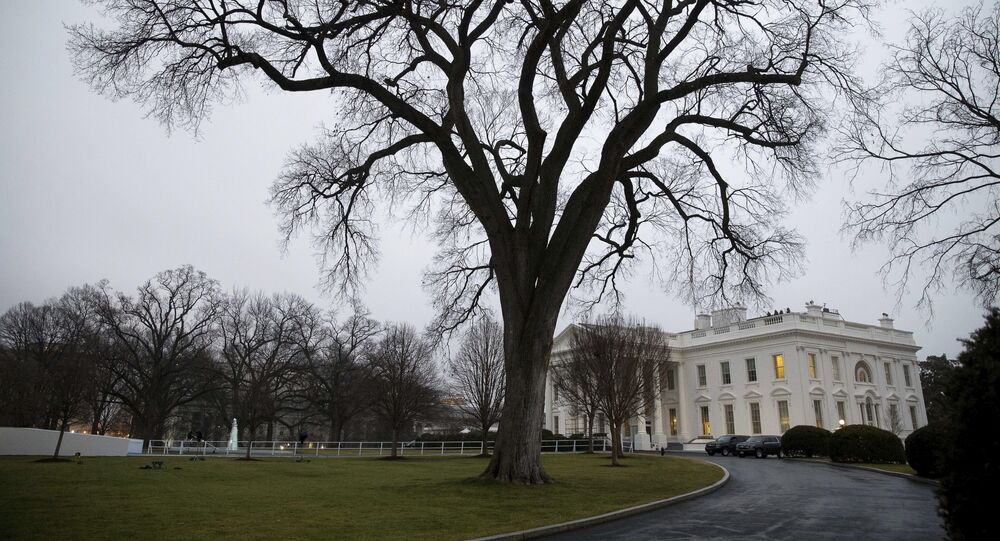 Public Trust in US Government Hovers Near Record Lows - Poll

The US public’s feelings about the government tend more toward frustration than anger, a poll has established.

WASHINGTON (Sputnik) — Just one in five Americans trust the US federal government to do what is right at least most of the time, virtually unchanged since the onset of the presidential election in early 2016, according to a poll by the PEW Research Center on Wednesday.

"As was the case prior to last fall’s election, the public’s feelings about government tend more toward frustration than anger," a press release explaining the poll stated. "Most Americans (55 percent) continue to say they are frustrated with the federal government, while relatively few say they are either angry (22 percent) or basically content (19 percent)."

© REUTERS / Carlos Barria
Majority of US Citizens Think Trump No Longer Lives Up to Promises - Poll
Moreover, public trust in government has remained at historically low levels for the past decade, the release explained.

The impact of President Donald Trump’s election, however, has flipped the percentages among Republican and Democratic voters, as trust in government is typically higher among those who back the party in control of the White House, the release noted.

For the first time since George W. Bush’s presidency, Republicans (28 percent) are more likely than Democrats (15 percent) to say they can trust the government in Washington to do the right thing, according to the poll.

Poll: Most Americans Think the US Spends Far too Much on Military

Close to Half of Americans Believe 'Deep State' Operates in US, Poll Reveals