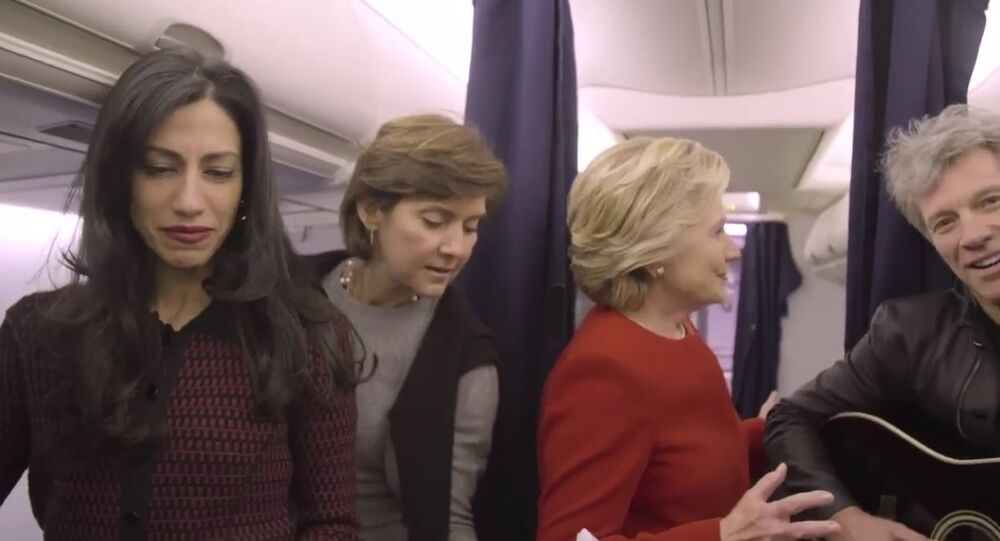 WASHINGTON (Sputnik) — Judicial Watch obtained the records in response to a court order from a lawsuit filed against the State Department after failing to respond to a Freedom of Information Act request by the watchdog, according to the release.

"The new documents included 29 email exchanges not previously turned over to the State Department, bringing the known total to date to at least 317 emails that were not part of the 55,000 pages of emails that Clinton turned over to the State Department," the release stated. "The emails show classified information was sent through the clintonemail.com account."

© AFP 2021 / MANDEL NGAN / FILES
'If You Want to Know Who Influenced US Election Look No Further Than the FBI' – Kucinich
The newly released documents also appear to contradict Clinton's previous statement that "as far as she knew" all of her emails have been turned over to the State Department, the release claimed.

In both instances, FBI Director James Comey recommended that the Justice Department do not criminally charge Clinton.

Judicial Watch is a US nonpartisan legal watchdog that advocates for government transparency and seeks to expose alleged misconduct by government officials through filing Freedom of Information Act lawsuits.