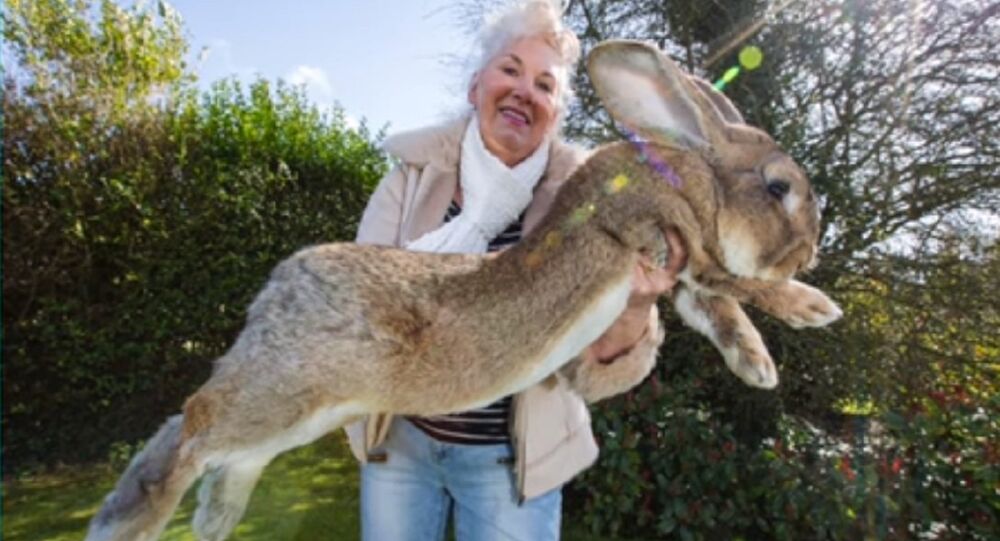 Whoever is doing public relations for United Airlines should probably demand a raise, as Simon the Bunny, who was set to become the biggest rabbit in the world, has died onboard one of their Boeing 767s.

© REUTERS / Louis Nastro/File Photo
Three Security Officers on Leave After United Airlines Passenger Incident
The 10-month-old, three-foot-long giant rabbit was travelling from Heathrow to Chicago’s O'Hare International Airport on April 19, where he was found dead. Just three hours before the flight, a vet had declared him “fit as a fiddle,” the India Times reports.

His owner, Annette Edwards, a former Playboy model from Worcester, was told that the rare rabbit survived the flight, but had died in the storage room at the airport.

"The safety and wellbeing of all the animals that travel with us is of the utmost importance to United Airlines and our PetSafe team. We have been in contact with our customer and have offered assistance. We are reviewing this matter,” United Airlines said in a statement.

Simon’s father, Darius, is currently the world’s largest rabbit at 4 feet, 4 inches long. The son was expected to outgrow the elder bunny.

According to the Daily Mail, Edwards intends to sue.

“What I cannot understand is if he was all right when he landed in Chicago, what has happened between then and them finding him dead after he'd been checked on a couple of times,” Edwards told the Mail.

Edwards, a great-grandmother, previously made headlines after spending more than $10,000 to look like Jessica Rabbit.

United recently sparked global outrage after a witness video of passenger David Dao being dragged off his flight went viral. The 69-year-old doctor had been told he needed to give up the seat he had paid for as they had overbooked, and was violently removed when he refused to comply.

This is What 'Mortal Kombat' United-Airlines-Style Could Look Like