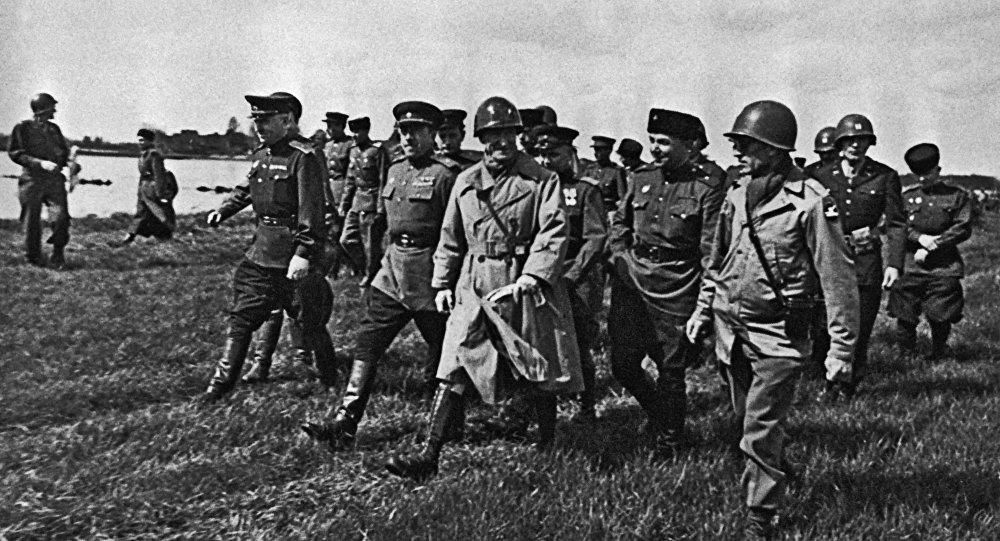 Meeting on Elbe Symbol of Friendship, Turkmenistan Ambassador to US Says

As the world commemorated the 72nd anniversary of Elbe Day on Tuesday, Ambassador of Turkmenistan to the United States Meret Orazov called the event a "historic symbol" and a sign of friendship between the countries.

WASHINGTON (Sputnik) — The meeting of the Soviet and US armies at the River Elbe in Germany on April 25, 1945 serves as a symbol of friendship and alliance between the nations, Orazov told Sputnik on Tuesday which marks the 72nd anniversary of the meeting.

"This is a historic event that we all respect and remember, a historic symbol and sign that we should be friends, it's the best way," Orazov said after the wreath laying ceremony at the Arlington Cemetery. "This is a symbol of friendship and alliance that led to the victory over the brown plague."

Earlier in the day, the delegates from the United States, Russia and other states comprising the former Soviet Union laid wreaths at the Arlington National Cemetery to commemorate Elbe Day.

"Today we began celebrations of the great holiday which is very important to all is us. In our post-Soviet space there is almost no family that was not affected by the tragic event," Orazov said. "Today we celebrate this holiday with a great respect, remember our veterans."

Youtube / Sputnik
Elbe Day Commemorated by US and Russian WWII Veterans
"I also want to note that there was also a meeting in Prague when the Soviet and American troops were liberating the city after the announcement of the victory because there was a German garrison that refused to surrender. That was the second meeting," he added.

On April 25, 1945, Soviet and US troops met at the River Elbe, near the town of Torgau in Germany, a key milestone in the process to end the Second World War. The meeting marked by US troops advancing from the west and Soviet troops advance from the east has Nazi Germany in two.

'Spirit of the Elbe': Russian, US Officials Honor WWII Cooperation