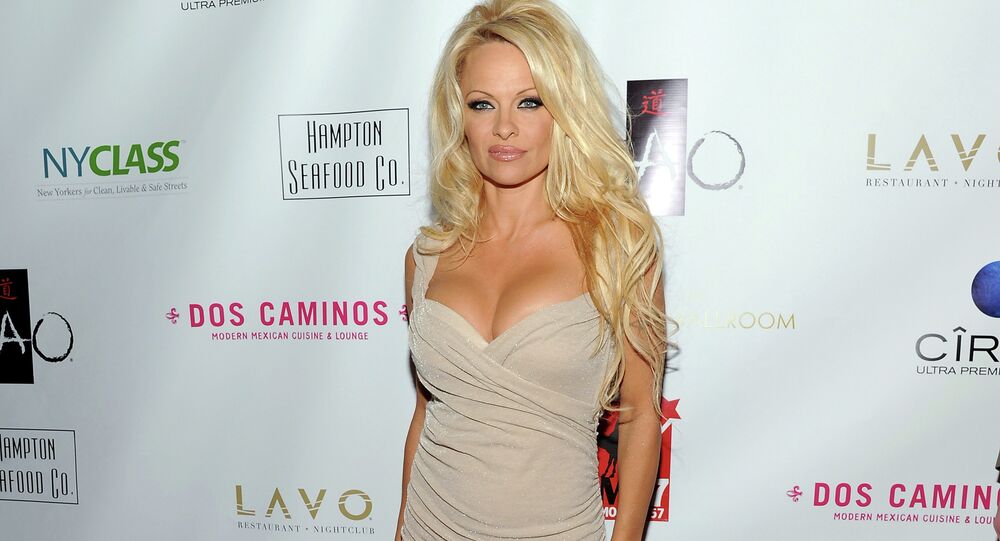 US actress turned activist Pamela Anderson said that the founder of WikiLeaks, Julian Assange, needs protection and France is the best place for him.

© AP Photo / Paul A. Hebert/Invision
Pamela Anderson ‘Tortured’ WikiLeaks’ Assange With Vegan Meal
“Julian named the names of very influential people who will stop at nothing to discredit him, he needs protection and France would be the best place for that,” Journal Du Dimanche quoted Anderson as saying.

According to her, accusations of rape against Assange are slander.

Anderson has been friends with Assange since 2014 and often visits him at the Embassy of Ecuador in London.

She noted that French presidential candidates Jean-Luc Melanchon and Marine Le Pen have said  that if they win in the elections they will to grant French citizenship to Assange and to the former employee of the US National Security Agency, Edward Snowden.

Previously, Anderson called on the French people to vote for Melanchon.

On Thursday, US media reported that the Department of Justice is ready to file charges against Assange for a 2010 leak of confidential federal documents and a recent release of CIA secret files.

“We won’t comment on ongoing investigations, however I think it’s been pretty clear that the Department of Justice will prosecute any violations of federal law when it comes to our national security," White House Press Secretary Sean Spicer said in a briefing Friday.

Earlier this month, the CIA director said that WikiLeaks acts like a hostile intelligence service. Assange commented on the claim by saying that the accusations come from the "'state non-intelligence agency" which produced al-Qaida, ISIS [Daesh], Iraq, Iran & Pinochet."

In November 2010, the Justice Department opened a probe into potential crimes committed by Assange, which is still ongoing. Assange applied for asylum at the Ecuadorian Embassy in London in 2012 out of fear of being sent to Sweden, where he has been accused of sexual assault and rape. Assange has denied all the charges.

Vault 7: Why WikiLeaks' Exposure May Do Damage to Ordinary Users