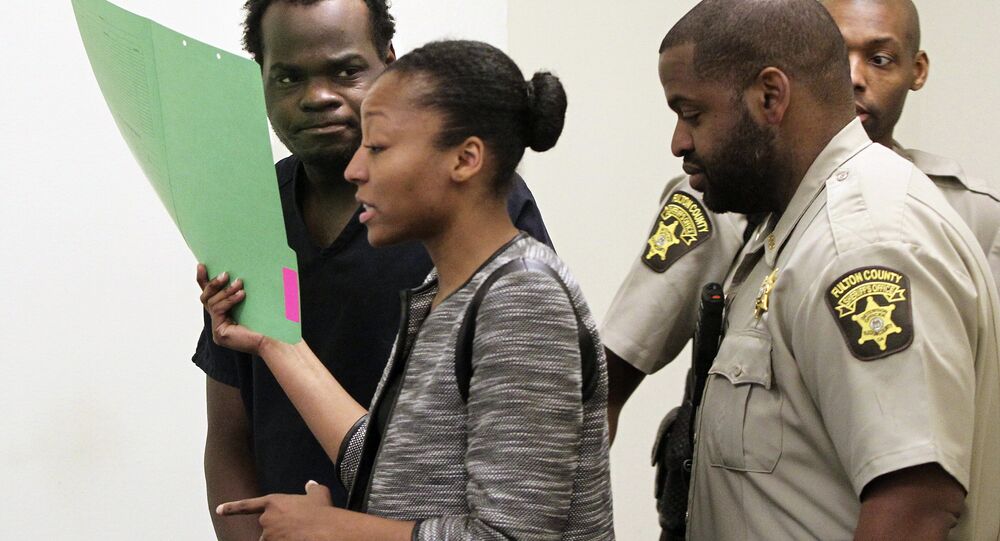 Homeless Man Charged with Starting I-85 Fire Pleads Not Guilty

Basil Eleby, a homeless man accused of setting the fire that collapsed a section of Interstate 85 and closed it for two and a half months, pleaded not guilty to arson and criminal trespass on Tuesday morning.

Eleby is expected to be released on a $10,000 signature bond, where he will only have to pay the fee if he does not show up to court. The judge also ordered him to enter a drug treatment program, submit to bi-weekly drug screenings and maintain housing and a job. He is also banned from approaching the I-85 bridge unless accompanied by an attorney.

Police claim that Eleby, a local transient with at least 19 prior arrests, was under the influence of crack cocaine when he set fire to a stuffed chair and a plastic shopping cart underneath the interstate bridge.

Georgia officials say that the cart melted, causing the fire to spread to spools of plastic conduit nearby. Eleby denies setting the fire.

Eleby's lawyers, a quartet of the city's highest-profile attorneys who are representing him pro bono, have called him a scapegoat to shift blame away from the Georgia Department of Transportation (GDOT), who stored the excess conduit under the overpass for almost a decade.

GDOT Commissioner Russell McMurry claims that the conduit is non-combustible, and that it was being stored under the interstate after the 2007 project it was meant for fell through. "In an effort to save taxpayer dollars, GDOT chose to store the material in hopes that it could be used for another project," McMurry said in an April press conference. "The material was stored on state property, behind a fence with a locked gate. And there was a sign placed that it was state property and no trespassing.

Dozens of locals who are familiar with Eleby packed the courtroom to support him during his bail hearing. "He was extremely thankful. He was very, very overwhelmed at the community's support," said Mawuli Davis, one of Eleby's attorneys.

Eleby lived in a car about a quarter from the overpass. He survived by doing errands and chores for local store owners, who described him as harmless but occasionally showing flashes of anger. He had been arrested at least 19 times in the pass for crimes such as assault and battery amd possession and sale of cocaine.

Two others were arrested along with Eleby: Sophia Bruner and Barry Thomas. Police say they accompanied Eleby under the bridge to smoke crack, and Thomas testified that he watched Eleby start the fire.

The I-85 interstate is expected to reopen on June 15. Repairs are estimated to cost $30 million.

‘F**k Trump’ Message Projected Onto Side of Atlanta Hotel (PHOTOS)