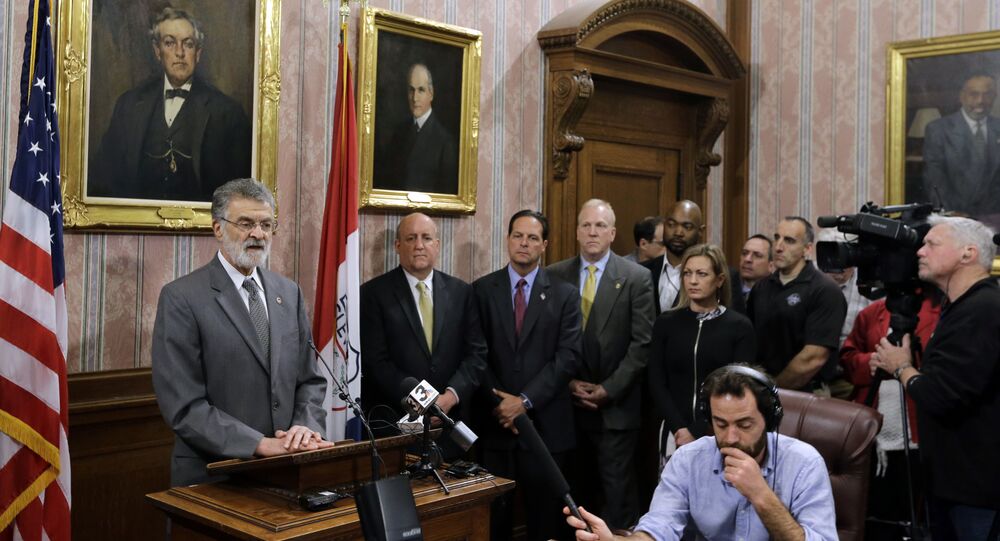 A three-day search for a Cleveland man who posted a video of himself shooting and killing a 74-year-old man to social media ended Tuesday, when the shooter committed suicide following a short pursuit by police.

Following up on a civilian tip, Pennsylvania police spotted 37-year-old Steve Stephens in the parking lot of a McDonald’s in Erie County at about 11:30 a.m. local time Tuesday morning. Stephens fled in his white Ford Fusion before coming to a stop, and Cleveland Police Chief Calvin Williams told local media, "As the officers approached that vehicle, Steve Stephens took his own life."

On Easter Sunday, Stephens recorded himself shooting and killing Robert Godwin Sr., a 74-year-old retired foundry worker who was walking down the street collecting discarded aluminum cans. Stephens exited his vehicle, pulled a gun and fired a single shot point-blank into Godwin’s head.

Before shooting Godwin, Stephens instructed the man to say the name of his former girlfriend, telling the elderly man that, "She's the reason why this is about to happen to you."

​Stephens posted the video to Facebook, with initial police reports incorrectly stating that the shooting was filmed using the platform’s streaming service, Facebook Live. He did use the video stream after the killing, however, to claim to have killed 13 people, though authorities say Godwin is his only confirmed victim.

The video stayed up for three hours before being taken down, but has since been shared across social media platforms with millions of views.

An arrest warrant was issued for the behavioral health agency worker for aggravated murder, and on Monday a $50,000 reward was announced for information leading to Stephens’ capture. Chief Williams said more than 400 tips had come in from as far away as Texas the day he was found.

The chief said he’d hoped the officers would be able to have a dialogue with Stephens to get a better idea of what motivated him to kill Godwin, noting that, "This started with one tragedy and ended with another taking his own life."

On Monday, Facebook launched a review of how it handles videos with violent or other graphic content, acknowledging that the length of time Stephens’ video stayed up indicated that the site needed to be more vigilant.

Facebook Vice President for Global Operations and Media Partnerships Justin Osofsky wrote in a blog, "We prioritize reports with serious safety implications for our community, and are working on making that review process go even faster."

Facebook has recently dealt with a series of videos and streams showing sexual assault, suicide and other violent acts, and has faced criticism for the videos being allowed to remain active.

On Tuesday, company CEO Mark Zuckerberg offered his condolences to Godwin’s family on Facebook’s behalf, and pledged that the site would do everything in its power to keep things like Stephens’ video from being posted in the future.