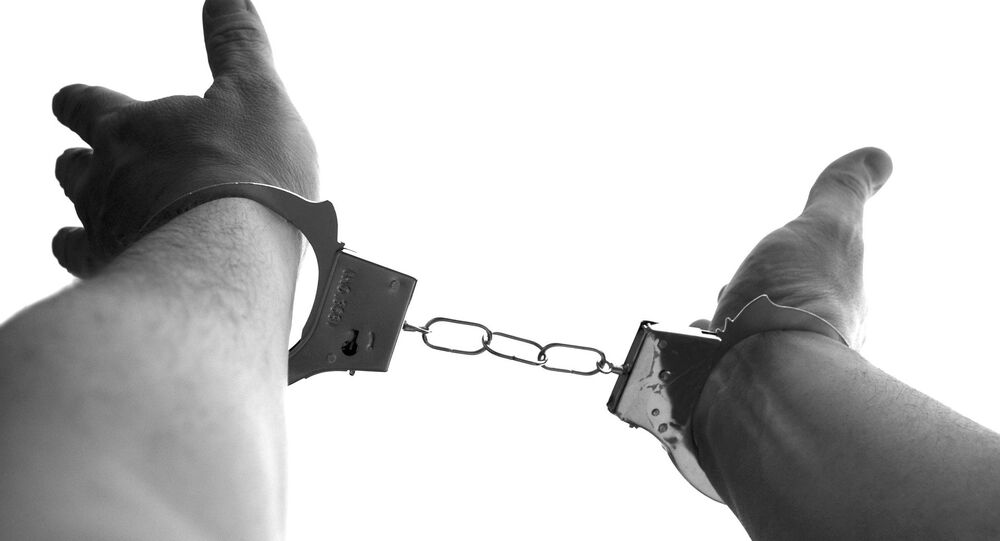 Police arrested 13 people at a rally held in Berkeley, California, one among several protest marches held across the country to demand that US President Donald Trump release his tax returns, local law enforcement said.

MOSCOW (Sputnik) — During his presidential campaign, Trump refused to make his tax returns public, explaining that they were being reviewed by the Internal Revenue Service, which led to speculation over the possibility that the president may have paid less than his fair share in taxes.

"Correction, number of arrests associated with Berkeley demonstration is 13," Berkeley police said on its Twitter.

Correction, number of arrests associated with Berkeley demonstration is 13. #berkeleyprotests

© AP Photo / Mary Altaffer
Come Clean: Marches Around US Demand Trump Release Tax Returns
According to earlier media reports, 15 people were arrested and two sustained injuries as a result of an altercation that broke out during the Saturday march between supporters and critics of the president.

According to Tax March website, the marches were planned in almost all of the states and Washington, D.C.

What MLK Would Have Thought of Trump's Bombing Campaigns