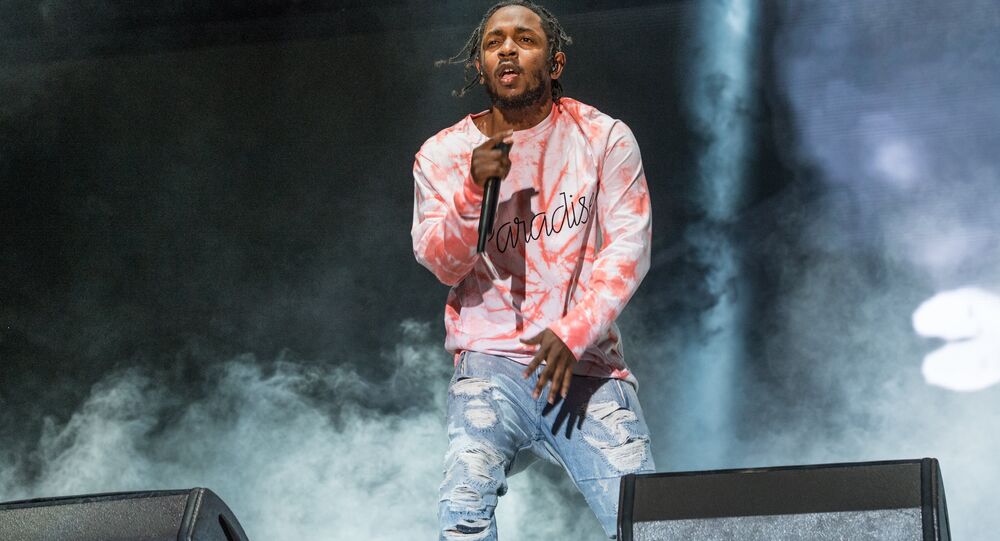 Kendrick Lamar’s much anticipated new album, “DAMN.” has finally hit iTunes, and in it the rapper takes aim squarely at Fox News and its contributor Geraldo Rivera.

After Lamar made headlines with his performance on top of a vandalized police car at the 2015 BET Awards, rapping his song “Alright,” which includes the lyrics, “We hate po-po/Wanna kill us dead in the street fo sho,” Fox News had a field day with the backlash.

The performance was dissected on the show “The Five,” where Rivera claimed that  “this is why I say that hip-hop has done more damage to young African Americans that racism in recent years…  It is so wrong, it is so counterproductive, it gives exactly the wrong message.”

At the time, Lamar responded to the criticism on TMZ, claiming that his performance was meant to “preach hope, not violence.”

In the first two tracks, “BLOOD.” and “DNA.”, Lamar included samples from the panel, using sentences taken from their discussion, such as “views on police brutality,” Heavy reports. In the third track, “YAH.”, Lamar takes aim at Rivera directly, saying “Fox News wanna use my name for percentage/My latest news in my niece, she’s worth livin/See me on the TV and scream ‘That’s Uncle Kendrick!’/Yeah that’s the business/Somebody tell Geraldo this n*gga got some ambition.”

In another track that Lamar released at the end of March, he put US President Donald Trump in the crosshairs, calling him a “chump.”

"Donald Trump is a chump, know how we feel, punk. Tell 'em that God comin’, and Russia need a replay button. Y'all up to somethin’, electoral votes look like memorial votes, but America's truth ain't ignorin' the votes,” Lamar rapped.