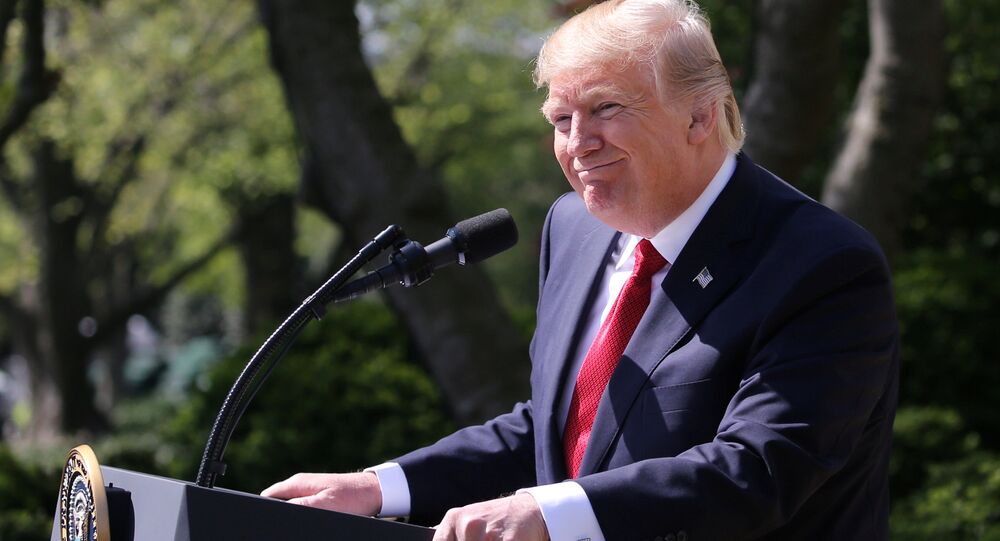 Despite the Trump administration claimed Friday it would not reveal the names of White House visitors, it said it "has broken new ground in ensuring the government is both ethical and accessible to the American people."

On Friday, the Trump administration announced, citing grave national security concerns, that it would not reveal the names of visitors to the White House until five years after Trump leaves office, reversing a practice begun under former President Barack Obama.

“By instituting historic restrictions on lobbying to close the revolving door, expanding and elevating ethics within the White House Counsel’s office, and opening the White House Press Briefing room to media outlets that otherwise cannot gain access, the Trump Administration has broken new ground in ensuring our government is both ethical and accessible to the American people,” Dubke explained.

The names and personal information of visitors to the 18-acre White House complex are logged by the Workers and Visitor Entry System, known as WAVES, which is operated by the US Secret Service and determines who can gain access to the complex.

In 2013 a federal court ruled that visitor logs for the White House itself fall under the category of "presidential records," which are not subject to Freedom of Information Act disclosures.

© AP Photo / Andrew Harnik
Outsider No More? 'Once Trump Got Into White House He Realized That Situation is Quite Different'
But records of visitors to the Office of Management and Budget, the Council on Environmental Quality, the Office of the United States Trade Representative, the Office of Science and Technology Policy, and the Office of National Drug Control Policy are not covered by that court decision, which is why they remain subject to Freedom of Information Act requests.

But in another break from the previous Administration, the Trump Administration will no longer be making those records available on the Open.gov website, which a White House source said is being shut down to save $70,000 over the next three years.

While the Obama Administration voluntarily released visitor logs for the White House itself, those logs were frequently incomplete thanks to a process which allowed the White House Counsel’s office to redact the records for sensitive meetings and what were considered personal events hosted by Obama or his family.

© AP Photo / Ford Williams/U.S. Navy
Americans' Support for Trump Foreign Policy Rises After Missile Attack in Syria - Poll
Obama Administration officials often dodged record-keeping by holding meetings at coffee shops and other public places near the White House instead of within the complex itself.

Also exempt from disclosure are visitors to places Trump travels to outside Washington, such as his Mar-a-Largo club in Florida, to which he has traveled numerous times since taking office. This is because the Secret Service does not maintain any records of visitors to Mar-a-Lago.

Congressional Democrats have introduced legislation to require Trump to disclose visitors to any location where he "regularly conducts business" within three months of the visit.