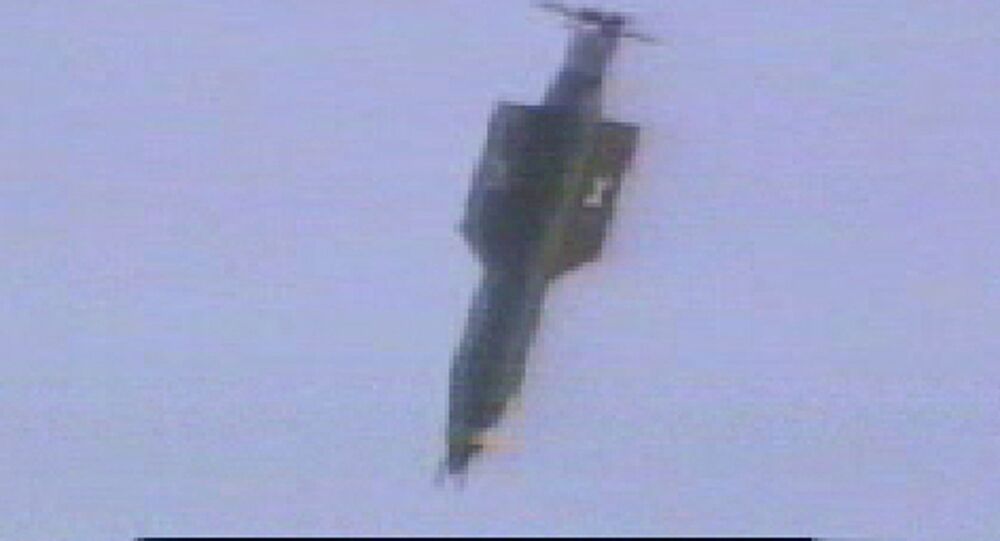 Commander of the US forces in Afghanistan Gen. John Nicholson said on Friday he did not need President Donald Trump’s approval to conduct Thursday’s strike against Daesh-Khorasan terror group.

WASHINGTON (Sputnik) — On Thursday, the 22,000-pound GBU-43, or MOAB bomb, nicknamed the "Mother of All Bombs," which is the largest non-nuclear bomb in the US military arsenal, was dropped from a C-130 military airlift aircraft, targeting Daesh terrorists’ underground complex and tunnels in Afghanistan’s eastern Nangarhar province.

"[The] chain of command allowed me the latitude to make assessments on the ground," Nicholson said in a briefing as quoted by the Washington Post.

© Sputnik / Vitaliy Ankov
Russia's 'Father of All Bombs' That Surpasses US MOAB in Almost Every Respect
Nicholson added that the weapon "achieved its intended purpose."

Trump declined to say whether he personally authorized the weapon’s use on Thursday, but noted that he had given US generals expanded authority to carry out attacks on Daesh as they see fit.

The GBU-43/B Massive Ordnance Air Blast is a large-yield conventional non-nuclear bomb which was considered to be the most powerful non-nuclear weapon ever developed at the time of its creation. This was the first time the bomb was dropped in a combat action. It has been in service since 2003.