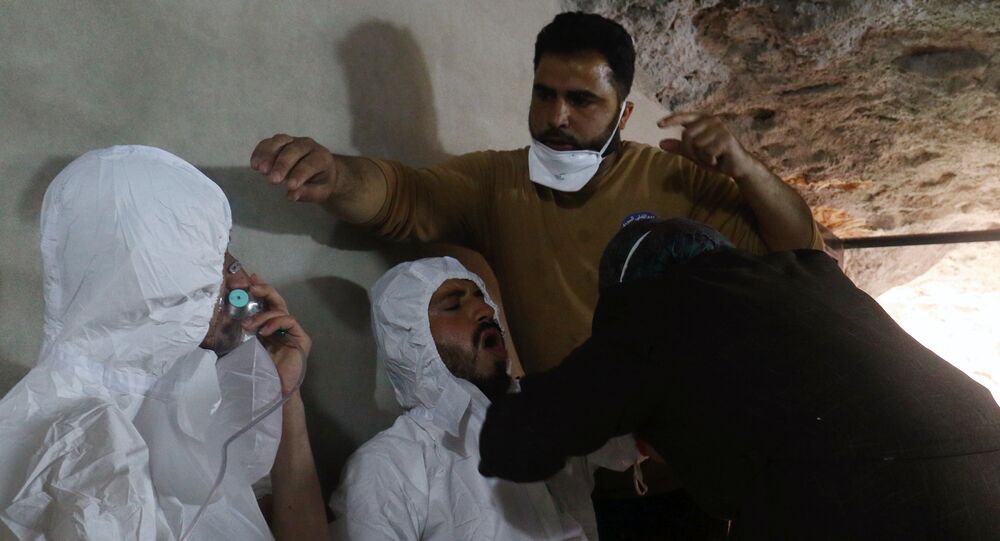 CIA Director Mike Pompeo claimed Thursday US intelligence agencies delivered the assessment on the chemical attack in Syria's Idlib to President Trump in "relatively short order," saying it was Assad who ordered strikes against his people on April 4.

WASHINGTON (Sputnik) — The Central Intelligence Agency (CIA) and other members of the US intelligence community delivered to President Donald Trump a high-confidence assessment that Syrian President Bashar Assad was responsible for the April 4 chemical weapon attack, CIA Director Mike Pompeo stated at the Center for Strategic and International Studies.

"We were, in relatively short order, able to deliver to our president a high-confidence assessment that, in fact it, it was the Syrian regime that had launched chemical strikes against its own people," Pompeo said at the event. "I can assure you we were challenged by the president and his team and there's not much like when the president looks at you and says, 'Pompeo are you sure?"

Damascus denied any involvement in the Idlib incident, while the Syrian army said it does not possess chemical weapons.

Pompeo also claimed that there is no truth to any of the Russian statements invalidating the US Intelligence Community assessment as to the culprit of the chemical attack.

"Russia is on their sixth or seventh story now none of which have an ounce of truth to them," Pompeo claimed. "For anyone who for a moment thinks [Putin] is a credible man I'll remind you to take a look at his quotes about the Malaysian airplane after it was shot down, that there were no little green men in Ukraine and, to this day, there are no Russians in eastern Ukraine."

Pompeo told attendees that some of the details used to develop the assessment may be revealed in the future.