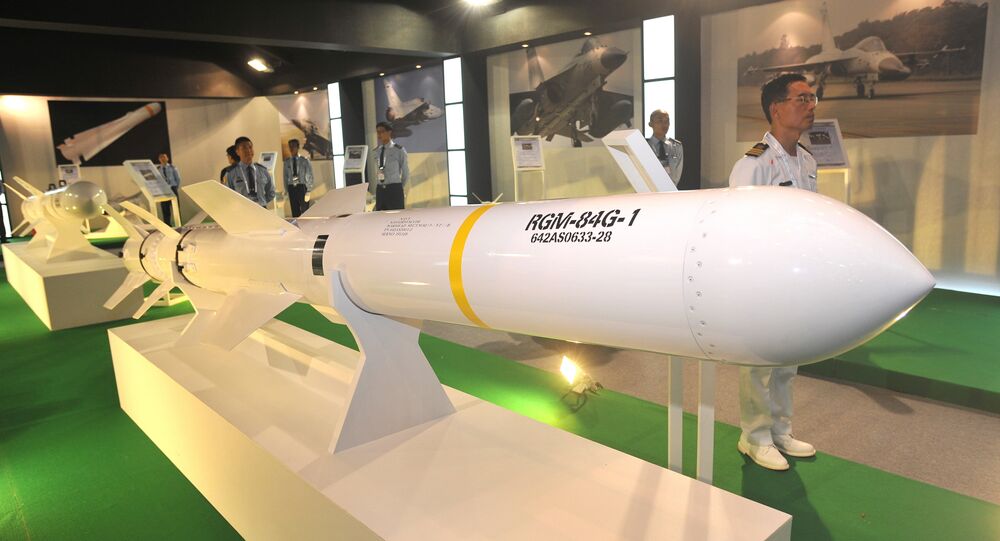 The Pentagon announced Tuesday it had awarded a contract to provide training to the US Navy and US allies for the Harpoon sea-based missile system.

WASHINGTON (Sputnik) — Boeing has signed a more than $8 million contract to provide engineering and training to the US Navy and 24 allies for the Harpoon sea-based missile system, the Department of Defense announced in a press release.

"The Boeing Company [of] St. Louis, Missouri is being awarded $8.3 million for… contract… in support of the Harpoon and Standoff Land Attack Missile-Expanded Response missiles," the announcement said on Tuesday.

The Harpoon is designed for both stand-off land-strike and anti-ship missions and uses Global Positioning System-aided guidance system to find its way to a target, according to published reports.

Work is expected to be completed in December 2019, the Defense Department added.