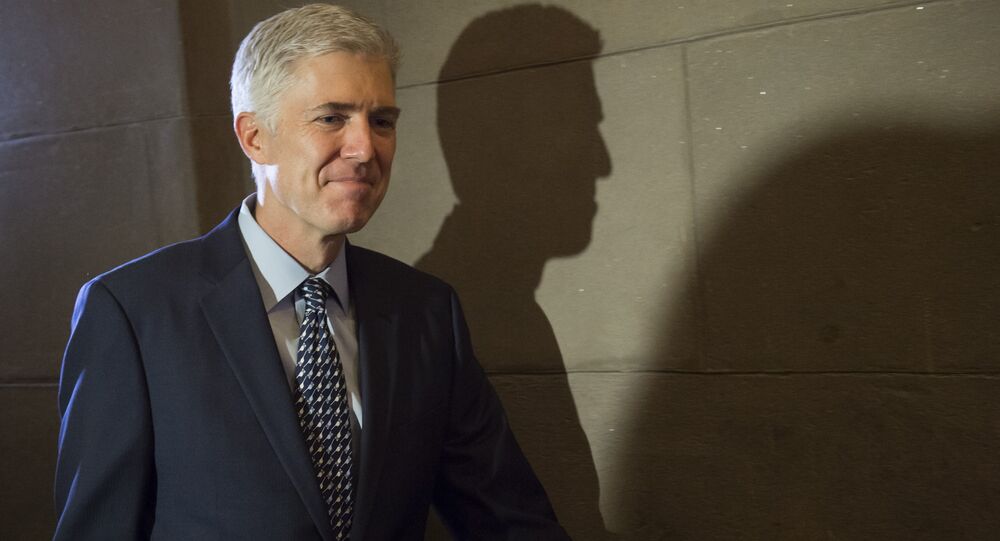 The US Senate has finally confirmed President Donald Trump's Supreme Court nominee Neil Gorsuch. The final vote was 54 to 45.

On Thursday, the US Senate voted to block the nomination in a 55-45 vote, and then offered a motion to postpone the vote until April 24. The majority of senators did not agree to delay the procedure for another two weeks.

© CC BY 2.0 / Kmccoy / United States Capitol
Killing a Filibuster: Why Republican 'Nuclear Option' May Become a Bitter Trap
Later that day, the Senate approved in a 52-48 vote a change of an existing rule that will enable moving forward the nomination of Judge Gorsuch as the ninth Justice on the Supreme Court. The new rule allowed the Senate to take a simple majority procedural vote to limit debate to 30 hours on President Donald Trump's candidate for the Supreme Court.

Interestingly, the long-awaited confirmation took place after Trump ordered the United States military to launch 59 Tomahawk cruise missiles at the Syrian military airfield in Ash Sha’irat, located about 40 kilometers (25 miles) from the city of Homs, a move praised by most of the US lawmakers some of whom previously had blocked the Supreme Court nominee's confirmation.

On Monday, Senate Democrats secured enough votes to try to block the confirmation of Gorsuch, despite Republicans's goal to approve the candidate anyway.

Senate majority leader Mitch McConnell then appealed the rule that 60 votes are necessary to bypass a filibuster. McConnell invoked a so-called "nuclear option" to clear the path for Trump's candidate.